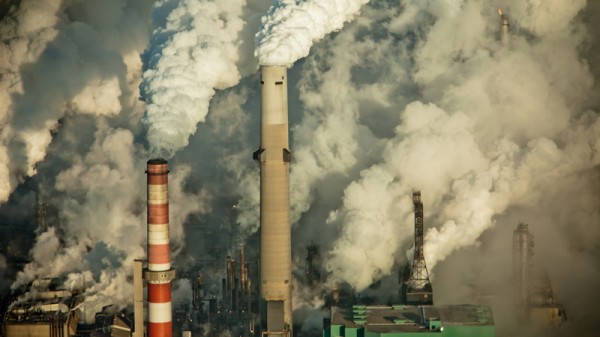 Recent pledges for national climate action are vague, complicated and barely comparable, casting doubt over the transparency of a prospective global agreement to be reached later this year.

Countries have promised to submit pledges for climate action ahead of a summit in Paris at the end of this year.

In Paris, they are expected to reach a major agreement setting targets for action beyond 2020, for greenhouse gas emissions, financing and measures to adapt to climate change.

The emissions pledges that countries have submitted so far show all of the problems of leaving the task of setting targets to countries themselves.

To try and involve developing countries, the Copenhagen and Cancun agreements left it up to countries to decide their own targets voluntarily, rather than negotiate these in advance.

The Paris agreement is also following this voluntary approach, allowing countries to set their own targets. The aim is also to borrow some of the formal, rules-based approach of the Kyoto Protocol, to make some aspects of the agreement legally binding.

The signs so far are not good, as the pledges submitted to date are barely comparable:

2. Use different treatments of aspects which will have enormous impact on their ambition, for example whether they will allow the use of international carbon offsets and forest carbon sinks

3. Use different approaches for setting emissions targets, whether absolute emissions, or targets based on the carbon intensity of GDP, or compared with business as usual emissions

5. In some cases have a range of ambition, raising the question which end of the range is the main target.

Perhaps most seriously, there is a question mark over the quality of national reporting of historical emissions. If this is just educated guesswork, then the targets are meaningless.

This is a problem for all countries. For example, in its latest submission to the United Nations, the US has substantially changed its estimate for historical greenhouse gas emissions in 1990, by tens of millions of tonnes of carbon dioxide equivalent.

While such retrospective changes can be seen as an honest attempt to update records with the latest information, they also cast doubt over the measurements in the first place. And if countries do not know what their emissions were in 1990, how reliable are targets for 2025, or 2030?

In a first attempt to try and make the targets more comparable, I have calculated the climate action implied by the latest pledges, for a common target year (2025) and against the same baseline (2005).

The results below show that Russia is planning to increase its emissions, in contrast with South Korea, which is planning to reduce them. Such findings are not flattering to Russia, and underline why a more transparent approach is needed.

Where the pledges are for 2030, 2025 estimates have been derived from drawing a straight line between the latest historical estimate and the 2030 pledge. China’s pledge is an intensity target; its actual 2025 emissions are calculated using OECD GDP forecasts and UN GDP data (local currency, constant 2005 prices).

Where countries submitted a range, the chart above uses the most ambitious end of that range. In the case of Korea, the chart applies the target for domestic carbon emission reductions.

Gerard Wynn is an energy and climate change consultant. This article first appeared on the Energy and Carbon Blog.