Norway cranks up plan to be Europe’s ‘green battery’

Engineers aim to use flexible hydropower to fill in the gaps between wind and solar generation, slashing fossil fuel use 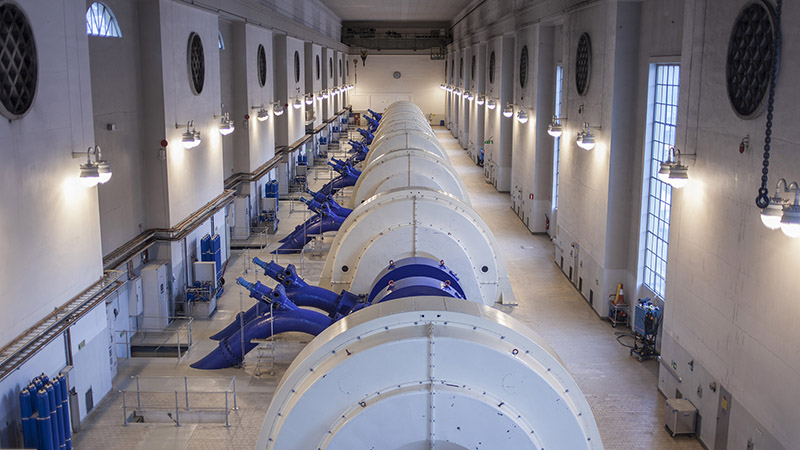 Norway is hoping to become the “green battery of Europe” by using its hydropower plants to provide instant extra electricity if production from wind and solar power sources in other countries fade.

Without building any new power stations, engineers believe they could use the existing network to instantly boost European supplies and avoid other countries having to switch on fossil fuel plants to make up shortfalls.

Norway has 937 hydropower plants, which provide 96% of its electricity, making it the sixth largest hydropower producer in the world − despite having a population of only five million.

Europe already has 400 million people in 24 countries connected to a single grid, with power surpluses from one country being exported to neighbours or imported as national needs change.

As more and more renewables are installed across the continent, the problem of balancing supply and demand gets more difficult.

Because supply from wind and sun sources fluctuates, the grid needs back-up plants to keep the power constant. At present, this means that many countries have to keep gas and coal plants on standby to make up any shortage.

However, the Hydraulic Laboratory at the Norwegian University of Science and Technology (NTNU) in Trondheim believes it can engineer the country’s vast power plants so that they can themselves be a giant standby battery that can be turned on and off.

When there is surplus wind or solar power in Europe, the electricity it generates can be imported to pump water uphill to keep re-filling the Norwegian reservoirs.

This is, in effect, electricity that is stored, because when energy is needed again the generators can be turned back on to produce hydropower.

The problem at the moment is that even hydropower is not instant. This is because water takes time to flow through the vast network of pipes and the turbines to reach the correct speed to provide stable power to the grid at the correct frequency of alternating current.

Norway currently has more kilometres of pipes carrying water to its hydroelectricity plants than it has miles of road, so controlling the flow is the key.

But Kaspar Vereide, a doctoral student in the department of hydraulic and environmental engineering at NTNU, has designed a model solution, with funding from the Centre for Environmental Design of Renewable Energy.

By creating a sealed surge chamber in rock close to the turbines, engineers can feed electricity, at the right frequency, into the grid immediately.

The empty chamber contains air that is compressed as the space is filled with water. So, when the valves are open, the water can instantly turn turbines at the correct speed.

Vereide says: “Norwegian mountains are full of water tunnels. It’s like an anthill.”

The length of the waterway, he says, can be many kilometres, though this will require the engineers to accelerate the water to reach the turbines.

His solution involves blowing out a cavern inside the water tunnel near the turbine where the electricity is to be generated, creating a surge chamber where water at the correct velocity can reach the turbines immediately.

He admits that his design is still at the early stages of development. The surge chambers have to be designed to avoid fluctuations in power needs, which can cause uncontrolled blowouts of air into the power plants, risking damage.

“We have to be able to control these load fluctuations that occur,” he says. “Among other things, it’s important to determine how big surge chambers need to be to function best. My task is to figure out the optimal design for the chambers.”

Vereide says that plants have traditionally been run very smoothly and quietly, with few stops and starts to create these fluctuations.

But to become the green battery of Europe, the power plants would need to be started and stopped much more often − and then the problem of load fluctuations would increase significantly.

“We’ll benefit a lot from developing these new technologies, both in order to keep electrical frequency stable and to run power plants more aggressively to serve a large market,” he says.