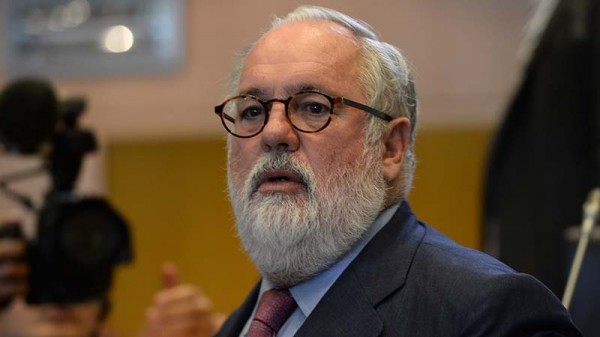 The EU is expecting Brazil, Indonesia and Colombia to submit climate pledges to the UN “in the coming weeks,” according to commissioner Miguel Arias Canete.

“If the Marshall Islands have been able to come forward with a very ambitious INDC, then other countries can also do it,” he said.

To date, 47 countries covering 59% of global emissions have entered climate plans, including China, the US and EU28.

That is already an improvement on the current phase of the Kyoto Protocol, Canete pointed out, which only covers 13% of emissions.

INDCs will lay the foundations for an international climate pact to be struck in Paris this December.

Canete said: “All countries on the basis of their capacities have to contribute.”

He added parties were converging on some key elements of a Paris deal, including a five-year cycle for reviewing pledges, a long-term goal and transparency measures.

The two co-chairs of the UN climate talks are due to release a streamlined negotiating text on Friday.