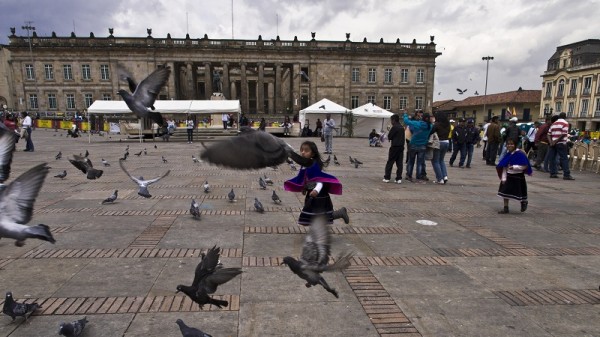 That could increase to 25% or 30% with international support, under plans being drawn up by the climate change ministry.

The full document, expected by the end of the month, will outline measures to put the brakes on deforestation, promote renewables and clean up industry.

“This commitment by Colombia implies a transformation of the national economy,” said Gabriel Vallejo Lopez, the country’s environment minister, in a statement. “It will drive innovation and technological development.”

It was not quite clear from the statement what baseline South America’s third most populous country will use. RTCC understands it will be measured against a business as usual projection from 2010 data.

Colombia is Latin America’s third largest oil producer, and the seventh highest exporter of crude to the US. Hydropower supplies the bulk of its electricity, according to data from the US Energy Information Agency.

Its target will be submitted to the UN ahead of a critical summit in Paris this December. There, negotiators aim to strike a global pact to limit warming to 2C.

To date, 47 countries have declared their intended contributions to this accord. These cover measures to adapt to a changing climate as well as curb emissions.