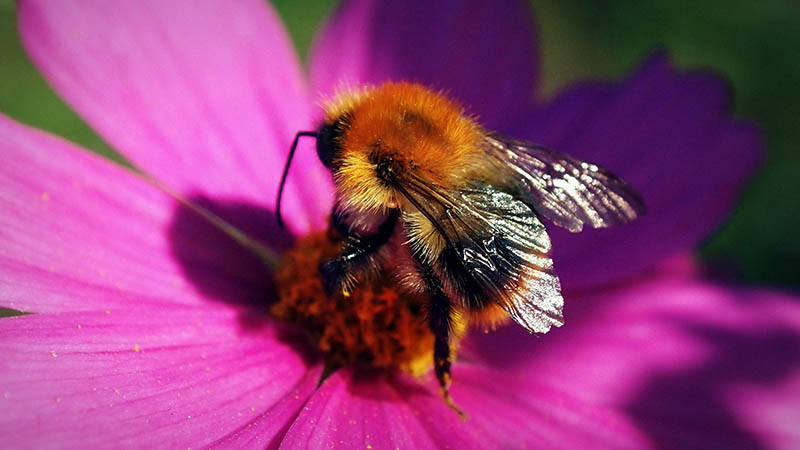 Under assault from neonicotinoids and lost habitat, the humble bumblebee has another foe: climate change.

Populations are rapidly falling in North America and Europe as an overheating planet limits their roaming range.

Bumblebees are leaving parts of their territory that have got too hot, but not extending their habitat to higher latitudes, according to a study published in journal Science on Thursday.

This contrasts with species like butterflies, which are migrating northwards, researchers said.

They examined over 420,000 historical and current records of types of bumblebees and say it is the most comprehensive study of climate impacts on the insects.

Beyond the false widow: seven creepy crawlies for a warmer world

“The fact that at the northern edges of their ranges they are not moving north as the climate changes is actually really quite worrying,” said lead author Jeremy Kerr of the University of Ottawa.

“I’d suspected some may be declining, but not such a large proportion.”

Over the 110 years of records that the team of 14 scientists examined, bumblebees have lost about 185 miles from the southern edge of their range in Europe and North America, they estimate.

“Bumblebees pollinate many plants that provide food for humans and wildlife,” says Leif Richardson, a scientist at the University of Vermont who helped lead the new research.

“If we don’t stop the decline in the abundance of bumblebees, we may well face higher food prices, diminished varieties, and other troubles.”

The research team suggest introducing bees into new areas where they stand a chance of surviving, known as “assisted migration”.

Report: Climate change could wipe out 1 in 6 of planet’s species

“We need new strategies to help these species cope with the effects of human-caused climate change, perhaps assisting them to shift into northern areas,” said Kerr.

But the most important message of this study is “the need to halt or reverse climate warming,” said Richardson.

“These findings could spell trouble for many plants–including some crops, like blueberries–that depend on bumblebees for pollination,” he said. “Bumblebees are crucial to our natural ecosystems.”