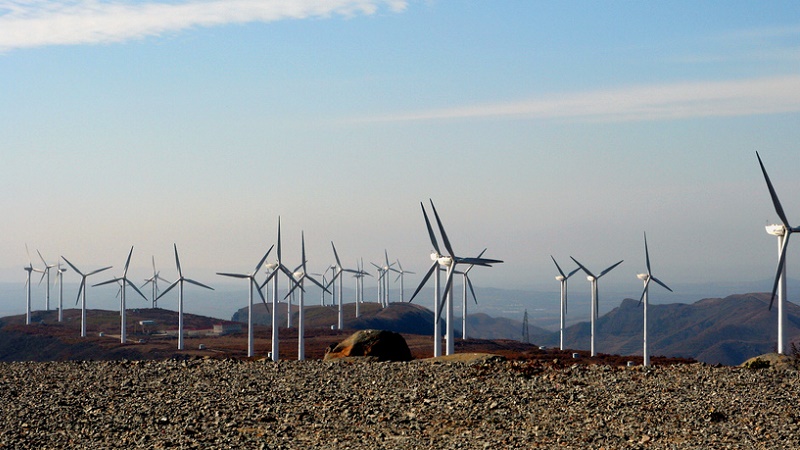 China will be installing clean energy capacity equivalent to the UK’s national grid every year between 2020 and 2030, according to its National Centre for Climate Change Strategy.

Average installations of non-fossil power generation capacity will rise to 90 gigawatts a year in the 2040s, says a briefing on the country’s recent UN climate pledge.

By 2030 an additional 900 GW of wind, nuclear and solar energy could be online. China is aiming to install more wind (345GW) and solar (325GW) than exists in the world today, doubling total capacity.

Co-authored by Zou Ji, deputy director of the state-run NCCCS, it underlines the radical investments worth an estimated $6.6 trillion that lie behind China’s long term energy planning.

It says that China’s contribution to a UN climate pact, released on Wednesday, will lay a “solid foundation for transformation at a faster rate after 2030,” when emissions are expected to peak.

“The link between China’s economic growth and carbon emissions will be decoupled,” says the briefing. It predicts that by 2050, the emissions for each unit of energy used will fall 61% on 2005 levels.

“It shows how growing climate action will impact the global energy system, and provides evidence that investors should be following the outcome in Paris.” 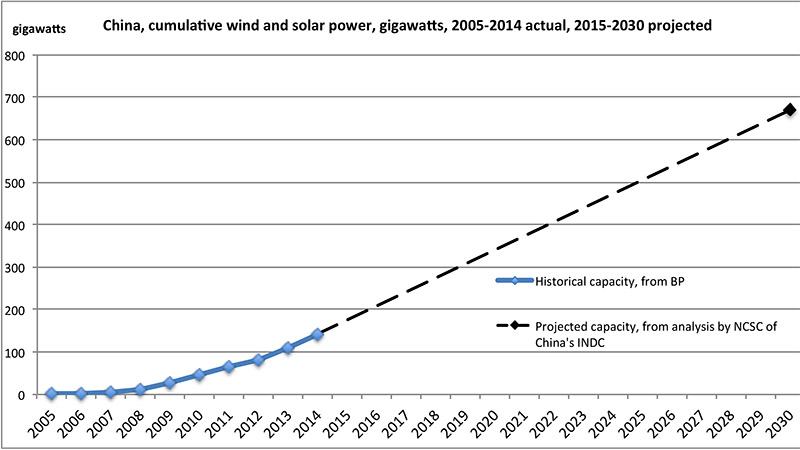 Still, the briefing warns that China’s carbon cutting efforts could be derailed if economic growth suffers and if the country fails to secure enough gas to replace coal.

“Even though the Chinese government has committed to adjustment of economic structure and transformation of economic growth, it is no overnight process,” it says.

Other challenges include the need to encourage young people to consume less and to find new jobs for workers in “outdated production facilities”.

The country also needs to improve what the NCCCS terms a “comparatively weak” accounting system for greenhouse gas emissions and boost awareness of the issue across all sectors.

“Competencies and capacities of key stakeholders in climate change are generally still limited, bringing about the heavy task of raising social awareness, and improving institutional and social mechanisms,” it adds.