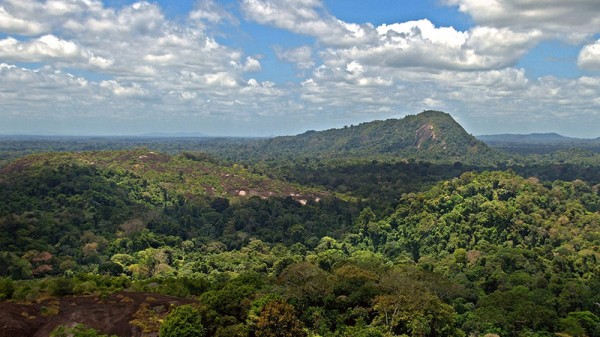 Brazil cut its greenhouse gas emissions 41% between 2005 and 2012, largely by slowing destruction of the vast Amazon rainforest.

With a UN climate deal in the offing, it is under pressure to bring further emissions cuts to the table.

President Dilma Rousseff is expected to reveal some elements of her country’s climate action plan next Tuesday, when she visits Barack Obama in Washington.

While officials are tight-lipped on the content of any US-Brazil statement on climate change, observers are hopeful the meeting could yield a win for forests.

“Brazil has all the elements in place to reach zero deforestation in 2025,” said Paulo Moutinho, head of Amazon Environmental Research Institute (IPAM), in a press call.

“We are proving that is possible, but we still need some kind of political will.”

The US-Brazil summit presents a “huge opportunity” to get progress on this agenda, he added.

Through a strict regime of regulation, monitoring and enforcement, the Brazilian government has overseen a decline in forest clearance in the past decade.

This has been reinforced by a number of major companies refusing to buy soy and beef produced on recently deforested land.

But given the huge areas to protect, Moutinho warned that trend could reverse. “In the Amazon, it [deforestation] is like a lazy dragon. It is still very dangerous.”

Tasso Azevedo, Brazilian forests consultant and social entrepreneur, said: “There is still enormous scope to reduce emissions in the forest sector… The next step is really to go for zero deforestation.”

There is no sign Rousseff will announce an end date for forest destruction in Washington. But the environment minister has mooted a 2030 target as part of Brazil’s contribution to a global deal.

“There is no reason why we should not have zero deforestation in 2030,” said Azevedo. “In fact it is very late.”

With the US climate plan already out in the open, Obama has limited scope to negotiate stronger commitments from Rousseff. One lever he has is trade policy.

The US is on the verge of lifting a ban on beef imports from Brazil, imposed in 2001 over concerns about mad cow disease.

That could be good for both sides, said Michael Wolosin of Climate Advisers. “It could also be extremely damaging.”

Some 80% of cattle ranch land was once forest and increased demand from the US risks driving more clearance.

Loosening of trade restrictions should come with sustainability conditions, said Wolosin. “Brazil can keep increasing its [beef] production for decades without cutting a single tree.”

The US could also potentially contribute to the Amazon Fund, which supports forest protection efforts and sustainable livelihoods in the region.