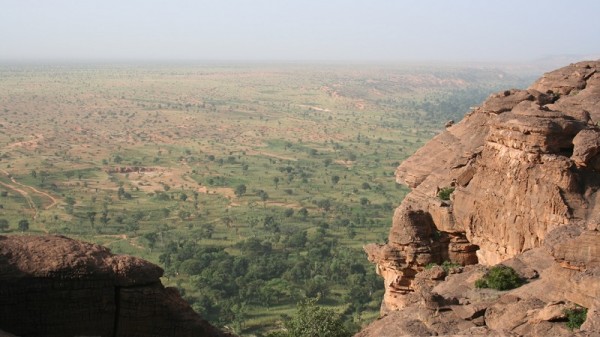 A wide belt of Africa is enjoying higher rainfall than for decades past, boosting harvests and keeping the threat of drought at bay. And the main factor, according to new research, is climate change.

“Amounts of rainfall have recovered substantially, and it was a surprise that the increase in greenhouse gases appears to have been the dominant factor,” Professor Rowan Sutton, director of climate research at the University of Reading’s National Centre for Atmospheric Science, UK, told Reuters news agency.

The scientists report in Nature Climate Change that greenhouse gas (GHG) emissions accounted for three-quarters of the recovery in rainfall, rather than other possible factors such as changes in sea temperature or air pollution from acid rain. Air warmed by GHGs can hold more moisture − which releases more rain − and can also affect wind patterns.

Not surprisingly, the report comes with qualifications, and no one is hailing it as anything more than a welcome sign that one part of Africa is gaining more than it is losing from global warming − for the moment, at least.

Prof Sutton, co-author of the study, stressed that the change in Sahelian rainfall was only local, and that warming is still affecting many parts of Africa through desertification, floods and rising sea levels.

“It would be naïve to conclude that this is a good thing for Africa,” he said. “And, in future, there are other effects. The rise in temperatures can be detrimental to crops.”

But whatever climate change may bring, the people of the Sahel are working for a better future.

The World Resources Institute (WRI), based in Washington DC, has researched the role that the region’s farmers are playing, and has produced a report containing practical guidance and examples of how to scale up “regreening”.

This is a restoration technique that hundreds of thousands of farmers in three Sahelian countries − Burkina Faso, Ethiopia and Niger − and in Malawi are already using to make their land more productive.

Regreening uses a range of agroforestry and sustainable land management practices, and the WRI report focuses on one in particular that it says is “particularly promising”: farmer-managed natural regeneration (FMNR).

In FMNR systems, farmers protect and manage the growth of trees and shrubs that regenerate naturally in their fields from root stock or from seeds dispersed through animal manure. It can be an easy, low-cost way for farmers to increase the number of trees in the fields – and it is producing results in the Sahel.

In Burkina Faso, farmers are using water-harvesting techniques such as building stone lines and improved planting pits, known locally as zai. These help trap rainfall on crop fields, increasing average cereal yields from 400kg to around 900kg (880-1,984 lbs) per hectare.

One farmer in Burkina Faso said he had not needed to plant a single tree since 1979, because they grew naturally. Others said that FMNR had improved their yield from important food crops, such as millet.

In neighbouring Niger, the increased density of trees on cropland has reduced the time women spend collecting firewood from 2.5 hours each day to an average of half an hour.

Robert Winterbottom, a senior fellow with WRI’s forests programme, made a radical suggestion in a recent blog. He said that regreening the Sahel could enable people to stay at home, instead of joining the current tide of migration by refugees risking their lives to cross the Sahara and the Mediterranean to escape to Europe.

“Farmers have already demonstrated their ability to innovate and adopt practices that restore degraded land and provide a means to secure their futures,” he said.

“Perhaps citizens throughout Africa can prosper in their home countries, eliminating the need to take to the sea to pursue a better quality of life.”