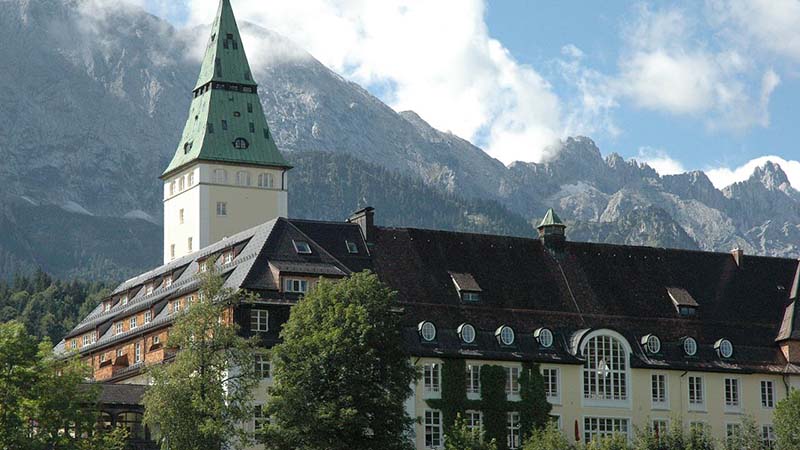 Climate change is seen a primary focus for the Group of Seven when leaders gather in an idyllic fortress in Bavaria this weekend.

Russia’s annexing of Crimea kicked environment down the agenda in 2014, as members expelled it from the forum of major industrialised nations.

Though in the midst of UN talks in Bonn a year on, and with a global warming pact to be signed off in December, climate will feature as Germany’s Angela Merkel chairs talks in the Schloss Elmau castle.

In an interview with Canada’s CBC News on Thursday Merkel indicated it was an “important issue” for the group, which would discuss how it can deliver more green funds to developing countries and accelerate its own carbon cutting plans.

Meanwhile, rich nations need to iron out the details of a $100 billion a year fund for poor countries to prepare for the onset of more extreme and frequent weather.

“Climate will have a much more important role with Paris later this year and the Sustainable Development Goals in September,” said Shane Tomlinson, a senior fellow at the Chatham House think tank.

“The G7 has a lot of sway putting things on the agenda, signalling their intent and showing leadership,” he added.

Accounting for a chunk of the world’s GDP and setting the norms in political and financial architecture, the group comprised of Britain, Canada, France, Germany, Italy, Japan and the United States has a chance to combine climate and development agendas.

In April, it set up a working group to examine climate change’s potential to destabilise weak countries, while energy ministers said in May they were in agreement over the ‘urgency’ of deep carbon curbs.

Merkel will keep that up, said Jan Kowalzig at Oxfam International.

She excused herself from attending last year’s UN summit by arguing she would make climate big at the G7, said the policy advisor, and expects the bloc to mention the $100 billion climate finance in its declaration.

And most of that will have to come from the G7, “either from public or private as a result of strong government action,” UN climate envoy Janos Pasztor, said on Thursday in New York.

Another issue central to UN talks are proposals to achieve ‘net zero emissions’ or a ‘decarbonisation goal’ before 2100. The G7 could give this needed impetus by backing it in the summit’s declaration, Tomlinson said.

The US rejects ‘zero emissions’ wording, RTCC understands, but could agree to decarbonisation ‘in the second half of the century’ wording. Canada is also pushing for softer language.

With Germany’s chairmanship and the attendance of the European Union, campaigners are demanding an end to subsidies for coal, oil and gas, while committing to 100% renewable energy at some point in the next century.

Martin Kaiser, head of international climate politics at Greenpeace said G7 members could do just that, giving a “strong signal to investors” and building trust at the UN talks in Bonn.

“But Japan and Canada are blocking efforts to send this signal,” he said in a statement.

Out of the G7 nations, Japan and Canada pulled out of the Kyoto treaty to tackle global warming, while the US never ratified it.

Japan’s carbon-cutting pledge, known at the UN as an intended nationally determined contribution (INDC) has been criticised for being inadequate in hitting a developed country goal of a 80% emissions cut on 1990 levels by mid-century.

The Asian country was revealed to be the biggest financer of coal projects abroad this week. Activists have called on Germany to seize on its presidency to ditch the most-polluting energy source, as well as European countries.

Despite being in the grip of an “Energy Transformation’ as it backs renewables and phases out nuclear, coal still generates 44% of the country’s energy mix, with CO2 emissions rising for three years before a dip in 2014 mainly due to burning of cheaper-and-dirtier lignite.

“We can’t stop using all of them [fossil fuels], but we have to set ambitious goals for the next few years,” said Merkel in the CBC interview.

The G7 would give a platform for Germany to “address the phase out of coal,” said Dennis Taenzler at the Berlin think tank, Adelphi.

“Coal has got caught in the path of the utility death spiral, which is likely to continue wiping out value for shareholders if they keep betting on new coal plants,” Matthew Gray, lead author of the report, said.