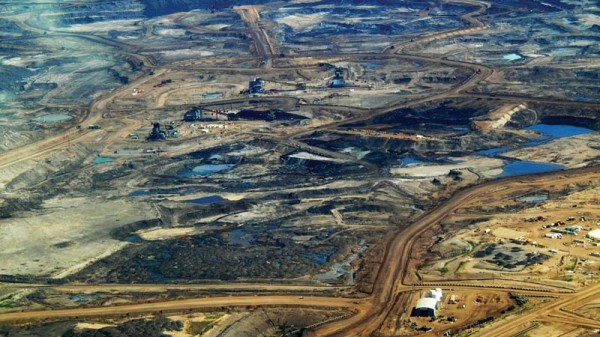 Shareholder activists As You Sow and Arjuna Capital urged the oil majors to halt activities that are incompatible with avoiding dangerous climate change.

That means expensive Arctic drilling, tar sands and unconventional sources. Analysts warn these are likely to be “stranded” as a global crackdown on carbon emissions hits demand for fossil fuel.

Only 4% of Chevron investors voted for the proposal at its AGM on Wednesday. The meeting was not webcast and attendees were not allowed to take phones or laptops into the room.

Ahead of the meeting, Chevron’s board told shareholders the proposal was “based on a flawed, if not dangerous, premise: that stockholders would be best served if Chevron stopped investing in its business”.

The company acknowledged the role of fossil fuel emissions in driving climate change and said “taking prudent, practical and cost-effective action… is the right thing to do”.

But it said despite countries’ stated intention to limit global warming to 2C, the speed of policy action indicated “a low likelihood” they would succeed.

Andrew Behar, chief executive of As You Sow, told RTCC the result was “not terrible” for a first time resolution. “It is a new concept and I think a fairly strong statement.

“The only thing they have ever been asked to do before is write a report. What we are talking about here is their business model and shifting that away from fossil fuels.”

The campaigners will table another climate risk resolution next year, he said, although it might not target dividends in the same way.

Julian Poulter, chief executive of the AODP, said that was “surely more important than having the evidence to sack senior management once the carbon crash begins”.

Meanwhile, Exxon had blocked the matter from going to a vote. In a decision that “completely baffled” Arjuna Capital’s Natasha Lamb, the financial watchdog agreed the company could drop it from the ballot.

That was even though a different attorney in the Securities and Exchange Commission forced Chevron to consider the issue.

Exxon executives did hear an appeal from Catholic friar Mike Crosby to appoint a climate change expert to its board, however.

Chief executive Rex Tillerson uttered “not one word about climate change” in his opening remarks, Crosby observed. “Silence speaks volumes on this.

“This company is continuing business as usual when its competitors are at least giving lip service to the reality of climate change.”

The call fell on deaf ears, with Exxon insisting it had all the expertise it needed.

In response to a question, Tillerson cast doubt on the reliability of climate projections, saying: “The models simply aren’t that good.”

Asked why Exxon was not investing in renewable energy, he implied the sector was not profitable: “We choose not to lose money on purpose.”

An estimated half of proven natural gas reserves and a third of oil is “unburnable” under the international goal to limit warming to 2C.

A combination of curbs on emissions and disruptive low carbon technology like solar panels and electric cars could dent future oil demand.

Assuming a rational marketplace, the highest cost projects will be the first to suffer from a downturn.

The Carbon Tracker Initiative calculates that 26% of Chevron’s future project portfolio needs an oil price of US$95 a barrel to pay off. For Exxon Mobil, the figure is 29%.

These include Chevron’s Amauligak project in Canada’s deep Arctic waters and a trio of tar sands ventures for Exxon Mobil.

Those are the assets most in danger of stranding as carbon constraints kick in. If As You Sow had their way, they would be the first projects to shelve.

Chevron and Exxon Mobil maintain that governments are unlikely to meet their climate target, given growing global demand for energy.

But both have bowed to investor pressure and agreed to stress-test their business plans against a 2C pathway.

In contrast to Exxon’s silence and Chevron’s closed-room approach, they addressed climate change in their presentations and backed calls for carbon risk disclosure.

That means Shell will have to justify its controversial Arctic exploration in the Chukchi Sea, for example, although it is not required to scrap it.

“Those [proposals] were easier to adopt that what we were asking Chevron to do,” said As You Sow’s Behar.

“For us, the most important thing is really a rethinking of the business model – they are not deploying their capital well.”