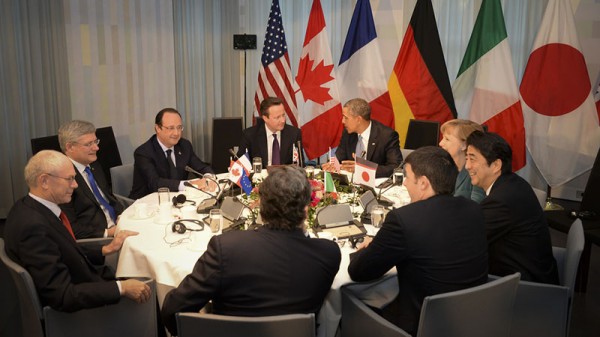 Chief executives of 120 funds are calling for a long term emissions reduction goal as part of a global climate pact to be struck in Paris this December.

The institutional investors, representing more than US$12 trillion of assets, wrote to G7 finance ministers ahead of their meeting in Dresden on Wednesday.

They urged the seven industrialised economies, including the US, Japan and Germany, to throw their weight behind a clear international target.

“Climate change is one of the biggest systemic risks we face,” the letter stated. “With the right market signals from policy makers, investment in low-carbon and climate resilient opportunities can flow and climate impacts and resulting economic damages can be mitigated.”

To have a decent chance of succeeding, scientists say greenhouse gas emissions need to be reduced to net zero in the second half of the century. That means phasing out fossil fuel use and reversing deforestation.

Support is mounting for this aim to be enshrined in the Paris climate agreement. Networks representing 6.5 million businesses endorsed the idea last week, as did EU heavyweights Angela Merkel and Francois Hollande.

Anne Stausboll, signatory of the letter and chief executive of Californian pension fund CalPERs, said: “A global agreement in Paris will provide clarity for investors and advance the shift to a low carbon economy.”

Some US$53 trillion of investment will be needed in low carbon energy by 2035 to avoid dangerous climate change, added Philippe Desfossés, CEO of ERAFP, the pension fund for French civil servants.

“Investors need policy certainty to help deliver this. Knowing international policy is united on a clear path towards ever-lower emissions generates confidence that our low carbon investments will be supported, not harmed, by future policies.

“Finance ministers have a critical role to play and should support ambitious national climate plans and a long-term emissions reduction goal. A low carbon future is an imperative. Delaying strong policy on climate change would be a false economy.”