How fast do business leaders think we can cut CO2 emissions? 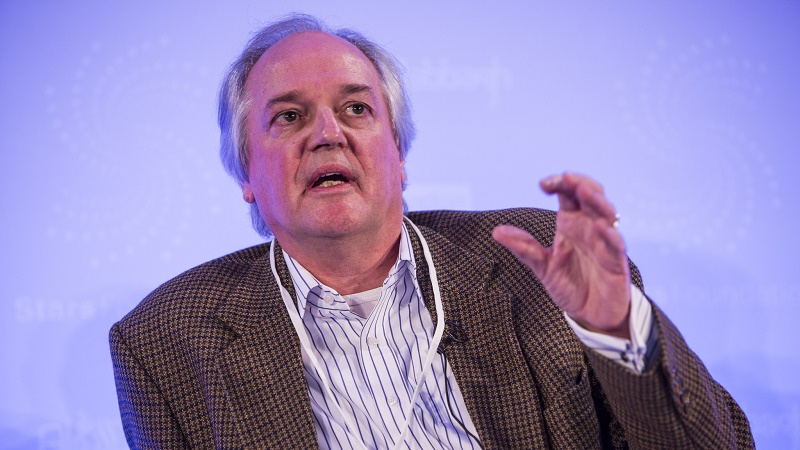 Whether or not this particular spell of water scarcity is caused by climate change, it is the kind of weather extreme scientists say is increasingly likely.

Unilever boss Paul Polman gives this as an example of how global warming is already costing business. It is why he is one of the most vocal business advocates for climate action.

At the Business and Climate Summit in Paris, he is on a panel with the top dogs of L’Oreal, BNP Paribas, RWE and Total.

The question is: how fast can we get to a low carbon economy? Polman backs a target to go carbon neutral by 2050.

It is one of the options under discussion for a global climate pact in the French capital this December.

After all, governments have already agreed to limit global temperature rise to 2C. An emissions goal is just another – more tangible – way of expressing the same target.

It means practically eliminating fossil fuel use and reversing deforestation.

L’Oreal’s Jean-Paul Agon urges companies to be decisive. His cosmetics brand is aiming to cut its carbon footprint 60% from 2005 to 2020, while doubling production.

Juan Jose Guerra Abud, Mexico environment minister, hopes so. Located between two oceans, his country is vulnerable to hurricanes that are expected to get more intense with climate change.

“When do we have zero emissions?” he asks. “Some people say by the end of the century. I think this is already too late.”

Unsurprisingly, it is the oil and power executives on the stage who sound a note of caution.

“We have to be pragmatic. I don’t think the revolution will come overnight,” says Total’s Patrick Pouyanne.

The French oil major is investing in solar power, but still sees a substantial role for fossil fuels in the coming decades. Pouyanne calls for a carbon price – a common refrain at this forum.

Transport and heating are expected to run on electricity in a low carbon future, so policy needs to be more efficient, he argues.

The tension between the bullish carbon cutters in consumer-facing industries and self-described “pragmatic” fossil sectors will play out in backroom discussions with politicians.

If the former hold sway, it could give governments courage to deepen their emissions pledges.

If on the other hand they hold to the fossil reality of the past, the world is headed for 3-4C warming.