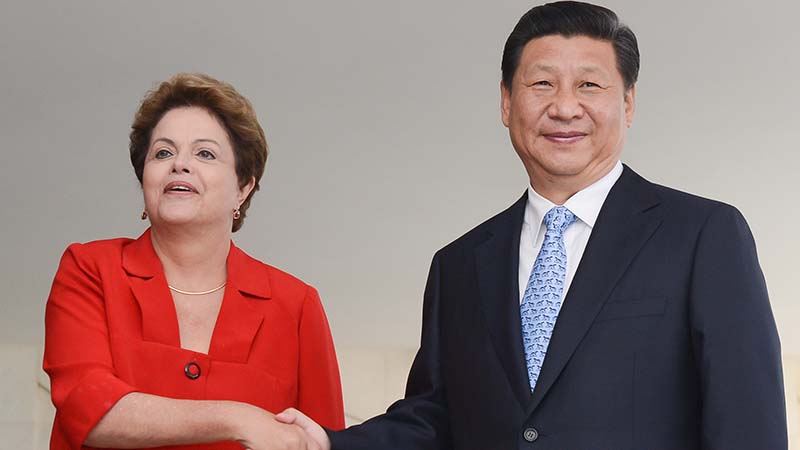 Brazil and China repeated calls for the richest nations to bear the burden of carbon emissions reductions on Wednesday.

In a joint statement following Chinese Premier Li Keqiang’s visit to the South American nation, the countries said the wealthiest must stump up finance for developing economies impacted by climate change.

“Brazil and China underscore the need for the provisions of the agreement to fully reflect different responsibilities and development stages of developed and developing countries, with developed countries to take the lead by undertaking ambitious, economy-wide, absolute emission reduction targets,” the goverments’ 2015-2021 Joint Action Plan said.

Report: What China’s investment binge in Latin America means for the climate

Nearly 200 countries are working on a global climate pact to limit warming to below 2C above pre industrial levels, with an outcome expected in Paris this December at a UN summit.

The statement highlighted the countries’ agreement to “intensify their cooperation” in developing solar energy, as well as referring to the 2007 Bali Road Map, where rich countries pledged to help the poor with green finance and technology.

“Brazil and China reiterate that the 2015 agreement shall address in a balanced manner mitigation, adaptation, finance, technology development and transfer, and capacity-building, and transparency of action and support, building upon the institutions and the rules developed under the Convention.”

The countries are perceived key to a global deal. China is the world’s top emitter and Brazil seventh according to 2013 data. The two are in part responsible for a recent surge in emissions together with that from developed countries.

Beijing and Brasilia have previously resisted making any binding emission reduction commitments at the UN, arguing industrialised nations have a greater historical responsibility for climate change.

Though that changed in 2014 when China announced with the US it would peak its emission by no longer than 2030. Brazil has been tight-lipped on the its pollution-reduction targets, though its top climate envoy told Bloomberg in March it would boost efficiency in agriculture as well as increase renewable energy use.