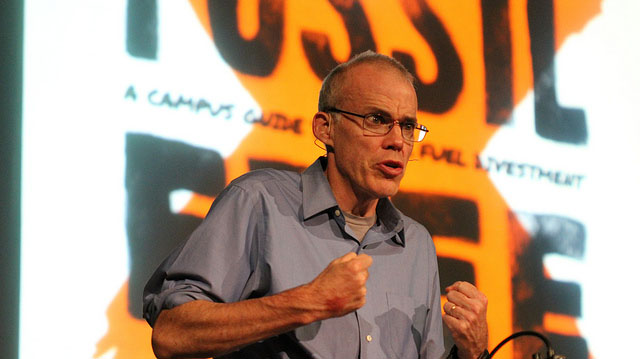 Leading US climate activist Bill McKibben says Barack Obama is guilty of “climate denial” after giving Shell permission to drill for oil and gas in the Arctic.

Writing in the New York Times, the founder of campaign group 350 accuses the US president of denying the “meaning” of climate science by allowing further fossil fuel exploration.

And he compared allowing Shell to drill to offering cigarettes to cancer patients, given the impact increased levels of greenhouse gases would have on the climate.

“This is not climate denial of the Republican sort, where people simply pretend the science isn’t real,” he writes.

“This is climate denial of the status quo sort, where people accept the science, and indeed make long speeches about the immorality of passing on a ruined world to our children.

“They just deny the meaning of the science, which is that we must keep carbon in the ground.”

In January a team of British scientists warned that the hydrocarbons in the Arctic are effectively unburnable if the world wants to avoid dangerous levels of global warming.

Green groups reacted with fury at the decision by the US administration to allow Shell to resume exploration off the Alaska coast.

The company plans to drill six wells at depths of 40 metres throughout the summer.

Shell’s previous effort to search for oil and gas in the region three years ago ended in farce after its safety procedures were questioned and a rig ran aground.