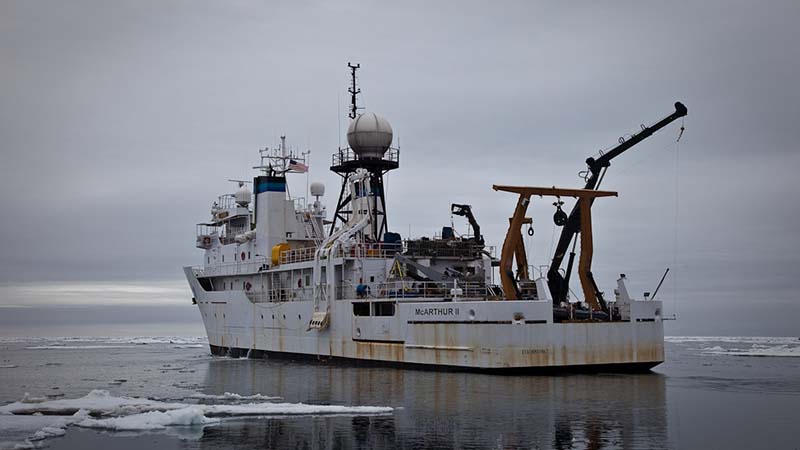 The amount of carbon dioxide in the Earth’s atmosphere exceeded 400 parts per million in March, the National Oceanic and Atmospheric Administration reported today.

That’s the most in 57 years of measurements, a near 50% rise on pre-industrial levels, and probably the highest since the Pliocene Epoch, 2.6-5.3 million years ago.

Back then sea levels were at least 30 feet higher and the planet 2 or 3C warmer.

While CO2 levels crossed the threshold in the Arctic in spring 2012, as well as at NOAA’s Mauna Loa Observatory in Hawaii in 2013, it’s the first time global levels have hit 400 ppm, a sign of the levels of carbon humans are pumping into the atmosphere.

400ppm: The milestone that puts the Earth in the ‘danger zone‘

“This marks the fact that humans burning fossil fuels have caused global carbon dioxide concentrations to rise more than 120 parts per million since pre-industrial times,” added Tans. “Half of that rise has occurred since 1980.”

C02 concentrations were likely to peak in May in line with the natural ‘breathing’ of the planet through forests and vegetation, before dropping through the winter, NOAA said.

Seen as an icon of climate change, rising atmospheric CO2 concentrations plotted out by the Keeling Curve has taken on significance as countries scramble to forge a deal on reining in carbon emissions. 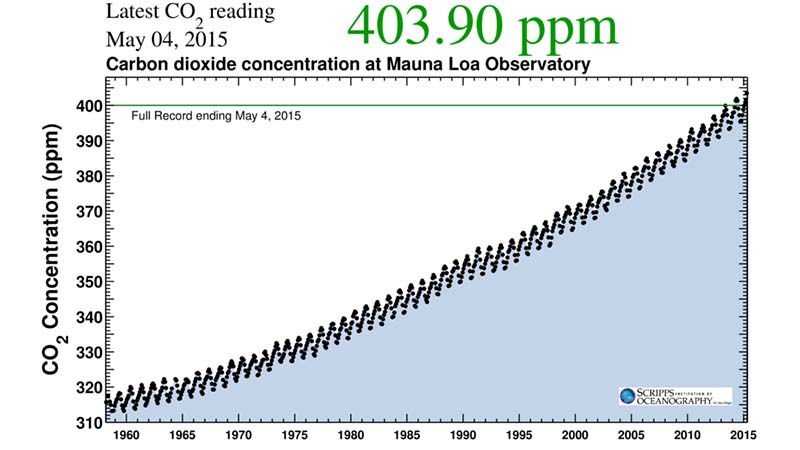 “You have a holistic index of your health that’s very accessible. It has an immediate message that you’re not well.”

NOAA based the value on air samples taken from 40 sites worldwide, ranging from cargo ship decks to the shores of remote islands.

Greenpeace’s UK chief scientist, Doug Parr told RTCC: “In the year of a hugely important climate conference, passing the benchmark of 400ppm shows that, despite promising moves on coal, solar power and clean technology, CO2 concentrations are continuing their remorseless rise and there remains a huge amount to do. “

James Butler, director of NOAA’s Global Monitoring Division, added that it would be difficult to reverse the increases of greenhouse gases which are driving increased atmospheric temperatures.

“Elimination of about 80 percent of fossil fuel emissions would essentially stop the rise in carbon dioxide in the atmosphere, but concentrations of carbon dioxide would not start decreasing until even further reductions are made and then it would only do so slowly.”

Almost 200 nations are set to finalise a global pact in Paris in December to avert drastic climate change. The UN’s climate science bureau says global temperatures cannot rise more than 2C by the end of the century to avoid runaway global warming.