400ppm: the milestone that puts Earth in the “danger zone”

The Earth entered uncharted territory when CO2 levels hit 400ppm for the first time. So what does the milestone mean? 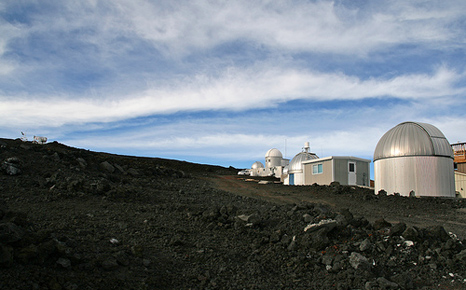 Supertyphoons, heat waves, polar vortexes – for the last year, the weather has been weaving a dramatic tale of climate change and its impacts.

But more quietly, on a volcano in Hawaii, an equally important story was unravelling. There, scientists based at the Mauna Loa observatory registered that, for the first time in recorded history, concentrations of carbon dioxide in the atmosphere had passed 400 parts per million (ppm).

When the observatory was set up in 1958, it was chosen for its remoteness. The air, undisturbed by influences of vegetation and human activity, gives the clearest possible indicator of the levels of CO2 in the atmosphere.

This means, unlike extreme weather events taking place on a regional scale, each measurement gives a global diagnosis of the state of the planet. When concentrations passed 400ppm on 9 May last year, it was yet another reminder that something is severely amiss.

“You have a holistic index of your health that’s very accessible. It has an immediate message that you’re not well.” 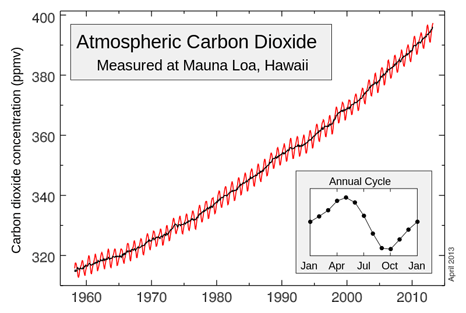 What’s in a number? In some ways, very little. Unless you’ve got a laboratory full of scientific equipment, you won’t even have noticed that you were breathing air containing 399ppm of CO2 one day and 400ppm the next.

But the fact that, at the dawn of the industrial revolution 200 years ago, the air breathed by our great-great-grandparents only contained 280ppm makes a lot of difference to the climate.

“Man has changed now, for the second time since the industrial revolution, the one digit in the hundreds,” says Thomas Stocker, the scientist who co-chaired the first instalment of the UN’s climate report, which was released last September.

“The concentration of carbon dioxide pre-industrial was 280ppm. At the end of the 19th century, we passed 300ppm and now we have passed, in a much shorter time, 400ppm.”

While hitting 400ppm last year means little in itself, it is a key milestone in the steady journey towards a hungrier, poorer and more violent world – all thanks to the extra degrees of warming caused by rising CO2.

According to Keeling, the best analogy for the landmark is “a birthday that ends with a zero.”

He said: “It is shocking when you turn 30 or 40 or 50. This is shocking in the same kind of way, in that it’s inevitable, but it’s also a little bit mind-jarring.”

Measurements of CO2 concentration are particularly significant as an index to climate change, explains Keeling, as the steadily rising curve can be directly attributed to human activity.

While headline grabbing extreme weather events are often caused by a number of variables and cannot be directly attributed to climate change, concentration levels are a clear indication of man’s influence on the atmosphere.

“This is the accelerator pedal that we’re slowly pushing down. The car is lurching forward in uneven steps, but if you just pay attention to what’s happening to the accelerator you can see that something’s going to happen,” says Keeling. 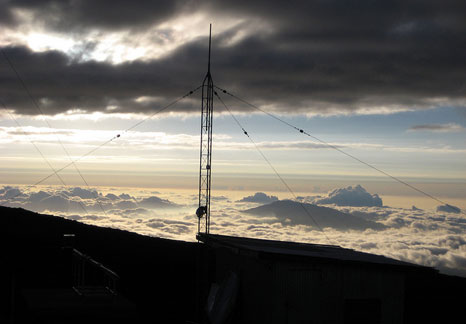 The Mauna Loa observatory will not register readings of below 400ppm after 2016 (Source: NOAA photo library)

Concentrations climb yet higher each year. The natural ‘breathing’ of the planet, through forests and vegetation, mean that CO2 levels hit their peak in May each year, before dropping again through the winter.

Last year, CO2 levels peaked at 400ppm on May 9, before swinging back down to 393. This year, we hit 400ppm in March. Next autumn could be the last time we see concentrations of below 400ppm, says Keeling. “I think by the fall of 2016 we don’t even have a realistic chance of dipping below 400 at Mauna Loa.”

This is bad news, considering the prognosis made by James Hansen, the scientist who first put climate change on the map during a testimony before a Congressional committee in 1988, that 350ppm was the maximum level at which the world could maintain a stable climate.

In a 2008 paper, he warned that concentrations of CO2 should not exceed 350ppm “if humanity wishes to preserve a planet similar to that on which civilization developed.”

Now, it looks as if 400ppm will just be another landmark passed through on the journey to 450, or even 500ppm. With each jump, the impacts of climate change become more severe and less predictable.

“Many things will probably happen that we don’t even have in our vocabulary yet,” says Keeling.

Hitting the 400ppm milestone last year was yet another reminder that, despite scientific knowledge, UN frameworks and a growing grassroots movement, politicians have so far failed to put a cap on rising CO2 emissions.

“We’re in the danger zone,” says Bill McKibben, the environmentalist and author who founded the campaign group 350 in 2008 to raise awareness of how far the world has departed from the safety point. 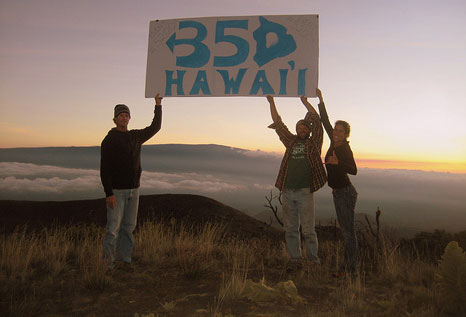 Booming economies in developing countries such as India and China mean that a growing middle class is burning ever more fossil fuels, as they race to catch up with their rich western counterparts. But all this comes at a cost to the planet – scientists have warned that the planet could heat by 4C by the end of the century.

“By itself, 400 is no different from 399 or 401, but in terms of the way the planet’s politics works, it’s a signal of extreme danger,” says McKibben.

But, he adds, the tipping point could arrive soon. A growing movement to push organisations to withdraw their money from fossil fuels is gaining steam, with Harvard this week agreeing to sign up to a more ethical investment policy, and Desmond Tutu calling for an apartheid-style boycott.

“Political leaders are usually the last people to actually lead anything, but they’re starting to follow and that’s good news.”