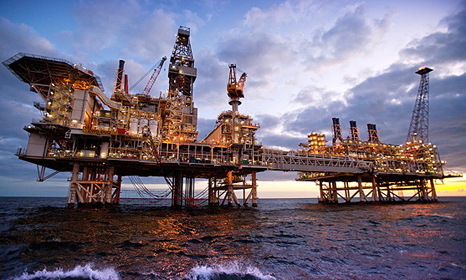 Companies and governments responsible for 40% of global gas flaring have made a commitment to stop their climate-damaging activities within the next 15 years.

Announcing the “Zero Routine Flaring by 2030” initiative at a meeting in Washington DC, the UN Secretary-General, Ban Ki-moon, said its supporters are demonstrating real action in the run-up to the all-important UN conference on climate change in Paris later this year.

“Reducing gas flaring can make a significant contribution towards mitigating climate change,” he said. “I appeal to all oil-producing countries and companies to join this important initiative.”

The World Bank (WB), which launched a Global Gas Flaring Reduction Partnership in 2002, estimates that each year 140 billion cubic metres of natural gas produced together with oil are burned or flared at thousands of oil fields worldwide − adding 350 million tonnes of carbon dioxide emissions to the atmosphere.

If the flared gas was used to generate power, the Bank says, it would produce more electricity than is at present consumed throughout the African continent.

Flaring – much of which can even be seen from outer space − takes place when there are no facilities to harness the gas, or when oil producers decide it is uneconomical to process or pipe the gas.

Russia is at present the world’s largest flarer − the other big flaring nations being Nigeria, Iraq, Iran, Algeria and Venezuela.

Those committed to ending flaring by 2030 − at the latest – include nine countries, 10 oil companies and six development institutions.

Among the oil companies are Royal Dutch Shell, ENI of Italy, and the Norwegian Statoil group. The countries that say they will end flaring by 2030 include the Russian Federation, Kazakhstan, Gabon and Angola.

And the state oil companies involved include SOCAR of Azerbaijan, Petroamazonas of Ecuador, and the Kuwait Oil Company.

Although the WB says many other countries and oil companies are considering joining the no-flaring initiative, such commitments have been made before – and not fulfilled.

The issue of flaring is particularly contentious in Nigeria’s Niger Delta, the country’s main oil-producing region. Shell, Chevron and other companies, including the Nigerian National Petroleum Company, have made repeated announcements about putting an end to flaring, but the practice is still widespread.

Toxic chemicals released in the flaring process can cause serious health problems, and can damage crops and the environment in surrounding areas.

Nigeria has not so far joined in the WB initiative, and neither has the US, which flares gas from thousands of shale oil production sites.

Faith Nwadishi, a representative of various Nigerian civil society groups, says that those involved in the no-flaring initiative had to make a real commitment to end what she called the evil of gas flaring.

“The issue of gas flaring goes beyond the amount of money that can be saved or how much money people can get out of the business,” she told the Nigeria-based Business News.

“We really have to think about the fact that people are not sensitive to the plight of the people who live in active gas flare sites.”

The WB says that by endorsing the no-flaring initiative, governments, oil companies and development institutions are acknowledging that routine gas flaring is unsustainable – both from resource management and environmental perspectives.

“Gas flaring is a visual reminder that we are wastefully sending CO2 into the atmosphere,” says Jim Yong Kim, the WB president.

“We can do something about this. Together we can take concrete action to end flaring and to use this valuable resource to light the darkness for those without electricity.”