Funders, not communities, set the agenda for projects to boost resilience to increasingly extreme weather in poor countries 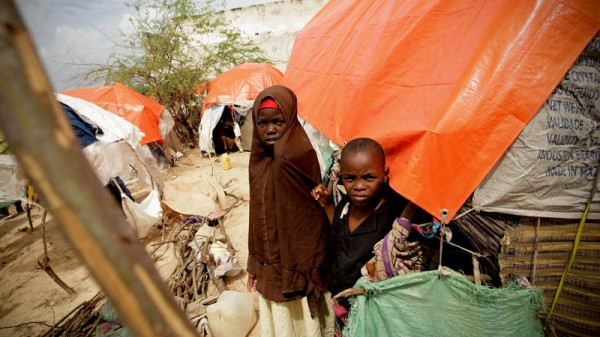 Projects to reduce the impact of climate change in poor countries are failing, according to a leading African specialist in climate and development.

Despite billions spent around the world, adaptation projects are not helping communities prepare for climate change, warns Irene Karani, a Kenyan consultant.

Climate adaptation projects are frequently driven by the short-term interests of donors and fail to address the problems that make people vulnerable to climate change, she says.

As a result, she tells RTCC: “We are very far from having impacts that are at the level we want.”

Threats from climate change are expected to be particularly severe in places that already suffer climate extremes, including much of Africa and south Asia.

These regions are home to some of the poorest people in the world, who are particularly vulnerable to impacts like higher temperatures and more frequent droughts.

In 2013, the Climate Policy Initiative estimates US$25 billion was spent helping people adapt to threats from a changing climate worldwide.

Most of this funding was spent on water supply and management, with a smaller amount on making infrastructure more resilient to climate change.

Climate adaptation projects are often designed to help people to cope with changes that would otherwise threaten their survival.

But Karani warns that many of these projects fail to meet the needs of people affected by climate change.

While communities are sometimes involved in the initial design of adaptation projects, Karani says funders often set too narrow a focus.

“When you’re talking about adaptation, everything is interlinked. If your project does just one thing, don’t call it adaptation.”

Another problem is the timescale: most projects run for no more than five years.

“You can’t have impact in five years: you have to make a sustained commitment,” she says.

Climate adaptation projects would be more effective if they were designed and managed by communities, argues Karani.

“Communities can be helped to get technical expertise. You make them centre stage and then leave them with what they have come up with.”

She says: “The traditional paradigm is that donors have the money and decide what they want to see. The development community has grown around that.”

Instead, she says, adaptation projects’ priorities “need to be decided by communities on a seasonal or annual basis, because what works now may not work over time”.

Projects are evaluated on their success in carrying out planned activities, not on their impact on making communities more resilient to climate change, says Karani.

And communities sometimes help to cover up failures: “These people gave them money, so when things have gone wrong they brush it under the carpet.”

This is reflected in DFID’s programmes, she says: “You can only show success over a long timescale. I have projects that last 20 years and I would have to be really convinced of the case to fund something for less than seven years.”

DfID funds projects to have a “thinking stage” of up to a year, which they spend working with communities to design programmes that meet their needs.

For example its BRACED programme Shakya says was designed to respond to communities’ needs. Under parts of the programme, communities can spend several months developing their project plans before beginning work.

Percy agrees that some donors are getting better at designing effective climate adaptation projects:  “Not all projects should be condemned.”

However, she warns that many funders of climate adaptation projects still try to decide themselves what activities the project should carry out.

Instead, she says, “funders should allow communities to be the ones that determine their own futures”.

According to Percy, climate adaptation will never be effective as long as it seen as a one-off activity that can be introduced from the outside.

“It is still common to think that adaptation mean a new technology” she says, “when actually it’s a decision-making process.”