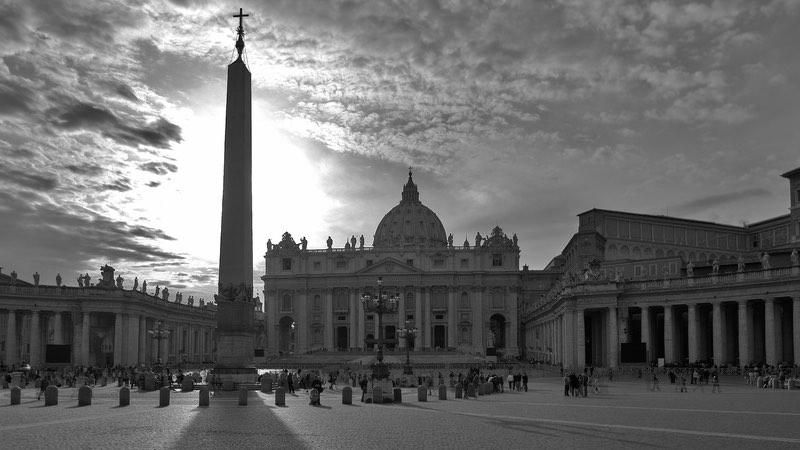 They issued a declaration setting out why rising levels of greenhouse gas emissions and unsustainable consumption levels are the “dominant moral and ethical issue for society”.

Continued extraction and use of coal, oil and gas would likely create a “grave existential risks for the poorest three billion” they added.

Writing eight months before the UN plans to finalise a deal to address climate change at a summit in Paris, the two bodies said the solution lay away from “national affiliations”, calling on governments to work together for the common good.

“Religious institutions can and should take the lead in bringing about that change in attitude towards Creation,” they wrote.

In June Pope Francis is expected to reveal his own thoughts on how climate change should best be handled, when his encyclical on the environment is published.

The Catholic Church, working with the leadership of other religions, could take a decisive role in helping to solve this problem. The Church could accomplish this by mobilizing public opinion and public funds to meet the energy needs of the poorest 3 billion in a way that does not contribute to global warming but would allow them to prepare better for the challenges of unavoidable climate change. The case for prioritizing climate-change mitigation depends crucially on accepting the fact that we have a responsibility not only towards those who are living in poverty today, but also to generations yet unborn. We have to reduce the potentially catastrophic threat that hangs over so many people.

Though it is late in the day, the world’s governments are recognizing the challenges that we face on a global level. The UN Member States have announced their determination to place Sustainable Development at the center of global cooperation, building a holistic cooperative strategy on the pillars of economic progress, social inclusion and environmental sustainability. This would involve the adoption of new Sustainable Development Goals (SDGs) to help guide global cooperation during the course of future generations. All people of good will should encourage their governments to undertake these commitments to action. We should also advance our intellectual capacities as well as scientific knowledge, both of the natural and the social sciences, which can be expected to insure the well being of many future generations in a relatively stable environment

Over and above institutional reforms, policy changes and technological innovations for affordable access to zero-carbon energy sources, there is a fundamental need to reorient our attitude toward nature and, thereby, toward ourselves. Finding ways to develop a sustainable relationship with our planet requires not only the engagement of scientists, political leaders and civil societies, but ultimately also a moral revolution. Religious institutions can and should take the lead on bringing about such a new attitude towards Creation.