Staff at SOAS and UCL write to governing bodies urging them to ditch nearly £20 million in oil, gas and coal holdings 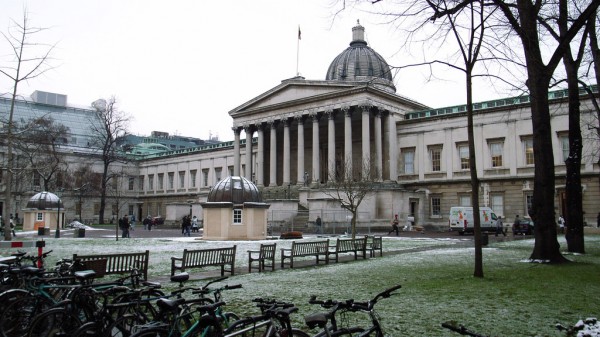 Academics at two of London’s top universities have called on their governing bodies to ditch holdings in fossil fuels.

Over 200 staff at University College London (UCL) and the School of Oriental and African Studies (SOAS) sent separate letters today offering support to the divestment movement.

UCL holds £14 million in oil, gas and coal companies with a further £7 million in banks that back fossil fuel companies. SOAS has a £1.5m endowment linked to fossil fuels.

Divestment would send a signal “likely to be far greater than the movement of its funds alone”, wrote the UCL academics.

SOAS staff said the critical state of the climate crisis meant their employers had an “indisputable ethical duty to remove its investments from fossil fuel companies”.

They added that many of the countries likely to be hit hardest by climate impacts are the focus of research at SOAS, which specialises in the study of Asia, Africa and the Middle East.

Scientists say two thirds of all fossil fuel reserves must be left in the ground if the world is to avoid dangerous levels of global warming in the future.

A report from a UN panel of scientists published last year warned the world was on course to heat by up to 4C above pre-industrial levels by 2100, which would likely cause more droughts, floods and rising sea levels.

“There are no good reasons for SOAS to continue to invest in the fossil fuel sector,” he said.

Both universities are expected to make a decision on their holdings later this month.

Rebecca Newsom from Fossil Free SOAS said she was encouraged by the support the campaign had received from the institution’s outgoing director Paul Webley, and remained confident it would divest.

“Public, government and academia has started to publicly signal its disappointment in the lack of action on climate change… it’s symbolic on the need for urgent action,” she said.

So far, 26 universities and colleges have joined the global divestment movement, including Stanford in the US and Glasgow in the UK.

Edinburgh looks set to join that list after its management received a recommendation to sell off its share in companies involved in coal mining and tar sands.

Last week students at Harvard conducted a week long sit-in to pressure the governing body to ditch its reported $79 million in fossil fuels.

Brisbane, Dunedin, the Rhode Island capital Providence and Oxford in the UK are among 42 cities to have announced plans to ditch their oil, gas and coal investments.

Critics have questioned the campaign’s long term effectiveness, pointing out that other investors are likely to step in to the gap left by universities and cities, drawn by decent short term dividends.

Last week Mike Hulme, founding director of the Tyndall Centre for Climate Change Research, said the movement was “gesture politics” and “deeply reductionist” for failing to differentiate between high carbon emitting fuels like coal and cleaner sources of energy such as gas.

“Divestment is not a policy tool, but a campaigning strategy,” he wrote in the Guardian.

“It names the 200 largest coal, oil and gas companies as ‘the enemy’ and seeks to undermine their social licence to operate. This may or may not occur, but it is clearly not a policy.”

Dr Harald Heubaum, who lectures in global climate and energy policy at SOAS, backed the divestment campaign but told RTCC it needed to offer a way forward towards a cleaner future.

“Ultimately, divestment has to be part of a multi-pronged strategy which includes effective carbon pricing, for example through carbon taxes, and sharp reductions in fossil fuel subsidies,” he said.

“The negative case of shifting away from one type of energy source needs to be accompanied by a positive vision of where technological innovation can take us.

“We need to mobilize much greater investment in renewables, energy efficiency and electric vehicles.”