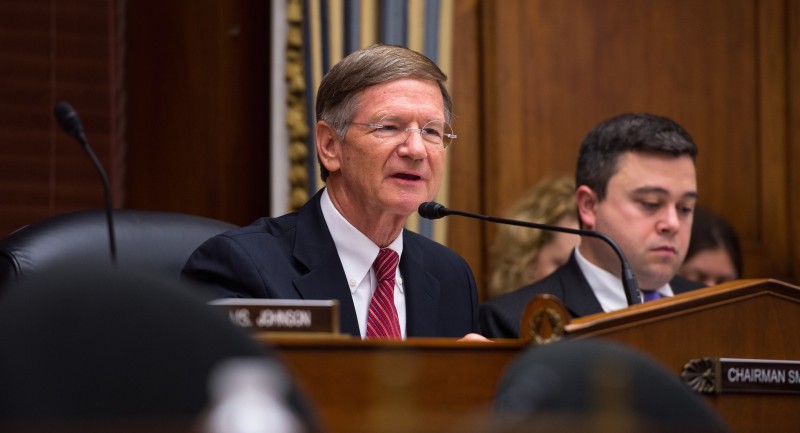 US carbon cutting plans were slammed as circumventing its Constitution and harming business today by a hawkish congressional panel.

In a sign of the stiff opposition the White House will face in the lead up to a proposed UN global warming pact this December, critics lined up on Capitol Hill to brand its policies unworkable.

President Barack Obama’s “power plan [was] nothing more than a power grab”, said Lamar Smith, the Republican chair of the house committee comprised mostly of experts sceptical of climate change.

The proposals would damage investment through unwieldy regulations, and have a negligible effect on holding global temperatures below a 2 C rise by 2100, they said.

The US has pledged to slash greenhouse gas emissions between 26-28% on 2005 levels by 2025, as its part of a global pact to rein in global warming.

But White House officials argue against countries being legally bound to make cuts, to avoid a would-be treaty being ratified through what is likely to be a Senate hostile to UN climate regulations.

Instead, they prefers countries to make their pledges subject to future monitoring and verification.

“Environmental laws can’t trump the Constitution,” he added at the hearing titled ‘The President’s UN Climate Pledge: Scientifically Justified or a New Tax on Americans’ before the committee on science, space and technology.

Obama’s signature endeavour to leave a climate legacy has met a series of lawsuits filed against it, threatening to derail the US’ leadership of ongoing UN-backed negotiations.

The first will begin on Thursday with a coal mining company and states led by West Virginia presenting a case in the federal court.

The world was unlikely to reach so-called tipping point, from which point climate change becomes irreversible this century, while US proposals would only halt a rise of “three-hundredths of a degree by 2100,” she said.

Those views contrast with the UN’s IPCC climate science panel, which in 2013 warned that unless emissions are radically reduced the planet is on course to heat well above the 2C limit set by governments in 2010.

Warming above this level could lead to more floods, droughts and rising sea levels, the IPCC said.

Washington’s plans were “all pain, no gain” as EPA regulations red tape smothered business and forced business to go to other developing countries, she termed “carbon leakage”.

Margo Thorning, senior vice president at the American Council for Capital Formation, a think tank with close links to the US oil industry, said it was “not clear” developing countries would commit to strong climate policies.

US climate policies would jeopardize investment and “attempts to recover a strong economy”, while Thorning said she doubted the US would hit its carbon targets for 2020 or 2025.

Recent analysis from Bloomberg indicates the US could hit its 2020 goal of cutting emissions 17% on 2005 levels, with 2015 power sector emissions set to fall to their lowest level since 1994.

Its plans could be carried out in a way that protected public health, spurred jobs and protected against climate impacts, he said.

“The US target can be achieved effectively under existing law, when the world’s largest economy sends a powerful signal to other governments that they must act aggressively on climate change.”