Australia lags behind US on emissions cuts

US climate pledge to UN ramps up pressure on Australia to catch up with its allies, says think-tank 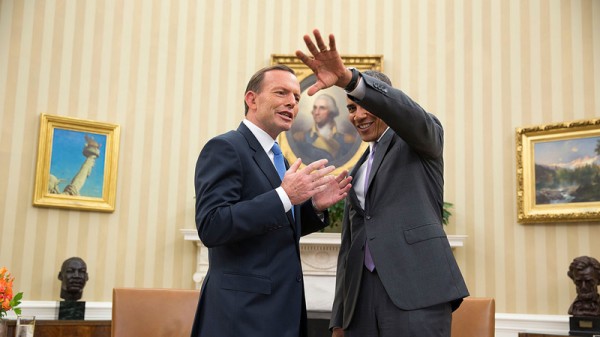 The US climate action plan submitted to the UN on Tuesday puts pressure on Australia to up its game, according to a leading think-tank in Sydney.

Australia is to cut greenhouse gas emissions at just over half the speed of the US up to 2020, under its existing commitment of a 5% reduction on 2000 levels.

The country is consulting on a post-2020 target and expected to make its pledge to the UN by June.

“This new US commitment illustrates how Australia has fallen behind our friends and allies in reducing carbon pollution,” said John Connor, CEO of The Climate Institute.

“Already the US is reducing emissions twice as fast as we are, but this new target takes this up to three times. It is time for Australia to get its act together and start to do our fair share.” 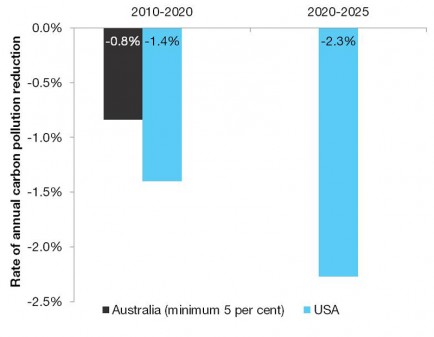 The Australian government based its “issues paper” on a post-2020 goal on a scenario that entails an average temperature rise of 3.6C above pre-industrial levels.

That is higher than the 2C goal agreed by governments, beyond which scientists warn of increasingly catastrophic impacts on natural and human systems.

The paper also stressed the importance of coal to the Australian economy.

The Climate Institute said he was weakening the replacement policy, a renewable energy target, in a way that could see emissions rise.