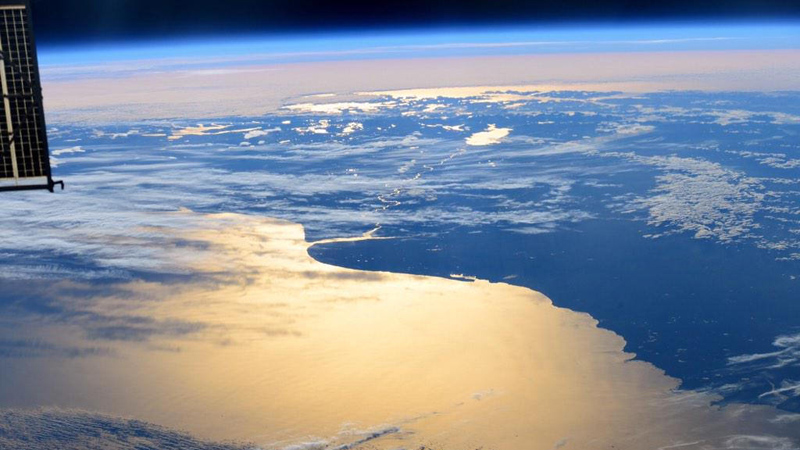 Satellite observations show that sea level rise may have been underestimated, and that annual rises are increasing.

A collaborative effort between maritime organisations and space agencies in measuring sea level rise has come to the conclusion that it has been increasing by 3.1 millimetres a year since 1993 – higher than previous estimates.

The evidence is growing from a number of recent studies of the ice caps that sea level rise is accelerating, posing a threat to many of the world’s largest and most wealthy cities − most of which are also important ports.

Many of these in the developing world have little or no protection against rising sea levels. Some in Europe – such as London and Rotterdam − already have flood barriers to protect areas below high tide or storm surge level, but  these will need to be replaced and raised in the next 30 years.

Delta areas in Egypt, Vietnam, Bangladesh and China – vital to each of the nation’s food supply – are already losing land to the sea.

One of the problems scientists have had in getting accurate worldwide data is that the sea does not rise evenly around the globe.

This, added to the fact that in some places the land is sinking and in other places is rising, makes exact information difficult to measure from tide gauges.

Since 1991, it has been possible to measure the surface of the oceans across the entire globe by using satellite altimetry, whereby the satellite emits a signal towards the ocean’s surface and receives the reflected echo.

While the data from tide gauges provides information about local changes relative to the land, the use of altimeter satellites enables the recording of data on a global basis.

Luciana Fenoglio-Marc, a scientist specialising in physical and satellite geodesy at the Technical University of Darmstadt, Germany, uses these and other satellite geodetic observation data in her research.

She is working with the European Space Agency and the European Organisation for the Exploitation of Meteorological Satellites, and in close consultation with the German Federal Institute of Hydrology and the Federal Maritime and Hydrographic Agency of Germany.

The increase of around 3.1mm per year since 1993 indicates a marked rise in the average sea level when compared to previously recorded values, which show a sea level rise of between 1mm and 2mm per year in the 20th century.

In its fifth Assessment Report (AR5, 2013), the Intergovernmental Panel on Climate Change (IPCC) predicted a further increase in the global sea level of 30cm to 70cm by the end of the 21st century, based on a scenario involving a medium rate of global warming.

The report predicted that increases will not be even, but will have a greater impact on some regions than on others. The result could be coastal flooding and rising groundwater levels – an outlook that makes it essential to have a reliable data basis for dealing with the dangers this poses.

Protecting coasts from the rising seas will require considerable adaptations, particularly in such low-lying coastal regions as the North Sea coast of Germany and the many low-lying islands in the tropics.

Another aspect of the work with satellites is measuring ocean density to see how much water expansion − because of warming − is leading to sea level rise.

A direct estimation of mass changes in the Mediterranean Sea show expansion to be the cause of an average sea level rise of about 2.1mm per year since 1993.

According to the IPCC, about 35% of the sea level increase between 1993 and 2010 was the result of thermal expansion, and the rest was due to melting ice and increasing run-off from land. But the latest observation shows this may not be true of the Mediterranean.

There is wide debate about whether the IPCC estimates of sea level rise have been too cautious, suggesting that the sea level will rise more than a metre this century – and some have even suggested that the rise could be two metres.

This is mainly because there has been uncertainty about how much of the huge icecap in Greenland, and most of all in Antarctica, would contribute to sea level rise by 2100 – if at all.

Research published since the IPCC estimates were made show that both icecaps will be large net contributors to sea level rise, and possibly much quicker than previously thought.

This lends credibility to the report last week that European coastal cities are not sufficiently prepared for the threats that climate change poses.

The report − titled Underfunded, Unprepared, Underwater? Cities at Risk – is by the E3G non-governmental organisation, and it says governments across the European Union are leaving their major cities exposed to danger from climate change, including floods, heat waves and sea level rise.

Since it takes an average of 30 years from planning to complete construction of a major flood barrier to protect a city, the report warns that the problem needs to be given urgent consideration and funding.