The Catlin Seaview Survey turns its attention to the Maldives, which relies on coral for tourist dollars and coastal protection 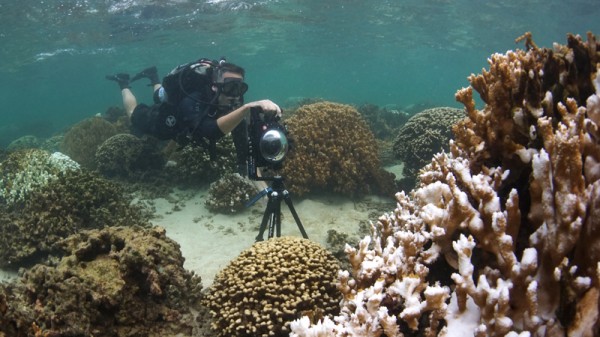 A crack team of marine scientists is turning its attention to the Maldives in the most ambitious ever global survey of coral reefs.

The Catlin Seaview Survey will provide a baseline against which to measure the impact of climate change on these diverse and sensitive ecosystems.

For the low-lying Maldives, the reefs form a critical natural barrier against storm surges and a draw for tourists, an important source of income.

Ove Hoegh-Guldberg, chief scientist at the Catlin Seaview Survey, says: “It is almost the story of the planet, when it comes to climate change. You have got a vulnerable population. Sea level rise is a very real threat to this nation.”

Understanding how coral can recover from these impacts is critical as warming oceans, acidification and intense storms pose an increasing threat.

National Oceanic and Atmospheric Administration, a US federal agency, has warned there could be a mass bleaching of corals worldwide in 2015. 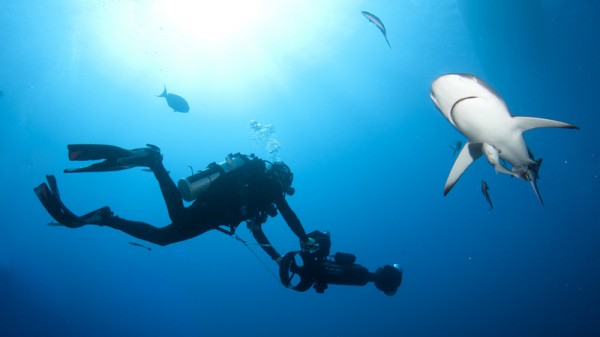 The SVII camera and diver being stalked by a shark (Pic: Catlin Seaview Survey)

In 1998, an El Nino year, the seas around the Maldives got very hot and around 90% of the corals died, Hoegh-Guldberg explains.

“What is interesting, going back to those reefs, is that some reef systems have recovered quite well over this period but others, which are impacted by local factors, are likely to have almost no coral.”

Corals lose their variety of colours when stressed by changes in light, nutrients or temperature and in some cases die.

“You have got the ability to recover from some of these impacts, but over time the frequency and scale of these impacts is increasing, so you don’t have time to bounce back,” says Hoegh-Guldberg. 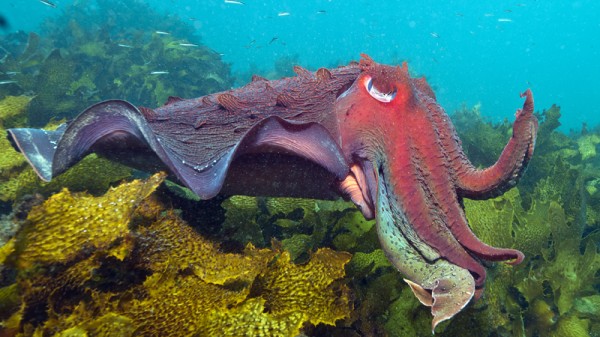 Worldwide, more than 40% of corals have been lost in the past 30 years as a result of pollution, fishing and climate change.

Things are expected to get worse for corals before they get better.

Even if governments succeed in their goal of limiting temperature rise to 2C above pre-industrial levels, Hoegh-Guldberg says, “we will probably only have about a third of coral reefs left on the planet”.

But if temperatures stabilise there is hope that the remaining corals can adapt and regenerate, he adds.

On present trends, the world is on track for 3-4C of warming, much of which will be absorbed by the oceans.

That is why Hoegh-Guldberg is urging world leaders to make a strong global climate deal in Paris this December.

“There is no wriggle room any more,” he says. “If we look at the commitments by presidents [Barack] Obama and Xi Jinping, they are still not enough.

“The work that is being done in these meetings is really critical.” 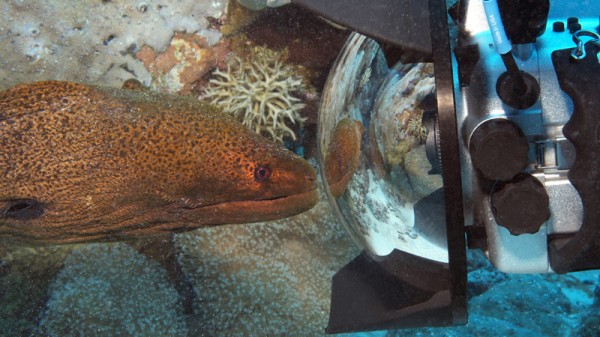 Scientists then use image recognition software to draw out data and assess the health of these diverse and sensitive ecosystems.

More pictures from the survey are going on display at London’s Natural History Museum from Friday 27 March.

VIDEO: Meet the citizens of the reef