Unilever, Heathrow and GSK are among 22 companies urging European heads of state to promote green investment 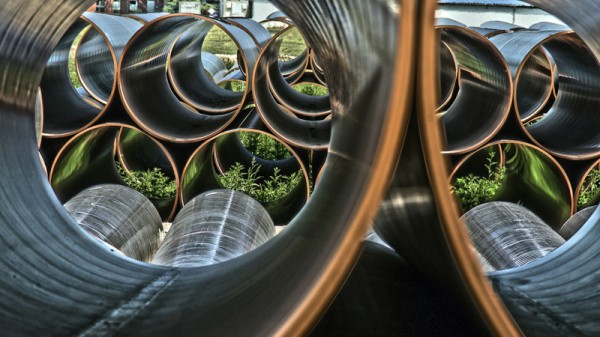 The European Council meets on Thursday afternoon to set the direction of a plan, conceived in the wake of conflict in the Ukraine, to reduce reliance on Russian gas imports.

Unilever, Heathrow and GlaxoSmithKline are among 22 signatories to a letter calling for the package to tackle the “escalating climate crisis” as well as geopolitical threats.

The EU needs to invest more than €2.5 trillion in energy infrastructure over the next decade, they wrote, “the vast majority of which is needed for capital-intensive low carbon infrastructure”.

Political leaders should strengthen plans drawn up by the European Commission, to bring “new flows of finance to low carbon infrastructure and reducing energy use”.

In a separate report, more than 100 European investors said high carbon projects should be excluded from the EU’s plan to boost private investment in infrastructure.

The “Juncker Plan” – a pet project of Commission president Jean-Claude Juncker – aims to mobilise €315 billion of investment over the next three years.

Just €21 billion will come directly from EU coffers, with the private sector expected to provide the rest.

Environmental think-tank E3G found that member states have put forward more than €1 trillion worth of projects. One fifth of the pipeline is in high carbon sectors such as coal, oil and airports.

The Institutional Investors Group on Climate Change said there must be robust sustainability criteria for funding.

Stephanie Pfeifer, chief executive of IIGCC, said: “The investment plan has the potential to usher in a new era of low carbon infrastructure investment across Europe, but to achieve this it must be structured in the correct way.”

The energy union was proposed by former Poland prime minister Donald Tusk in April 2014 primarily as a way to secure fossil fuel supplies.

Tusk, now president of the European Council, set out his vision in the Financial Times.

EU member states should negotiate jointly with Russia to get a better deal and strengthen links to other suppliers.

They should also “make full use of the fossil fuels available, including coal and shale gas” he argued.

“We need to fight for a cleaner planet but we must have safe access to energy resources and jobs to finance it.”

In February, the European Commission outlined its version, with more emphasis on cutting energy use and moving to low carbon sources.

It adopted “energy efficiency first” as a guiding principle, arguing that measures to cut consumption should be seen as an energy source in their own right.

It mainly focuses on energy infrastructure and market rules, with a nod to “reviewing and developing legislation related to emissions reduction”.

There is also a call for “strong coordinated action” to promote an “ambitious” climate deal at the UN summit in Paris this December.

In a briefing note ahead of the meeting, Greenpeace urged the Council to make sure all policies and investments are in line with climate goals.

In particular, it called for an emissions performance standard to drive coal off the system.

“The EU can’t achieve its long-term pledges to cut carbon without a phase out of coal and a transition to an efficient energy system powered by renewables,” said Greenpeace EU energy policy advisor Tara Connolly.

“If the EU is serious about pushing for a global climate deal in Paris, then it’s got to send the right signals in its plans for an energy union.”