Countries agree UN plan in Sendai to save lives from disasters 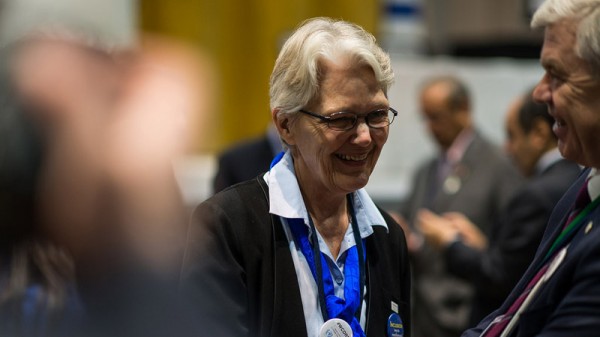 Twelve hours behind schedule, 187 countries agreed a deal in Sendai on Wednesday to reduce death and economic damage from natural disasters.

The Sendai Framework set seven targets and four priorities for the next fifteen years. These include plans to “substantially reduce” loss of life from 2005-15 levels in 2020-30 and to reduce economic losses as a proportion of global GDP by 2030.

Putting the principles into action “will require strong commitment and political leadership,” she added, “and will be vital to the achievement of future agreements on sustainable development goals and climate later this year”.

As climate change heightens the risk of certain weather extremes, effective disaster planning is seen as a crucial part of adapting to the impacts.

The UN estimates 87% of disasters in 2014 were climate-linked.

Developing countries sought to include language that would have highlighted the developed world’s historic responsibility for greenhouse gas emissions and paved the way to demand more cash.

But developed countries resisted, arguing that the disaster risk deal should not prejudge the outcome of climate talks in Paris this December.

Aid agencies expressed disappointment with the deal. The targets are vaguely worded, they pointed out, with no specific numbers.

Poor countries did not get the “additional and predictable” finance they asked for, settling for the less ambitious “adequate and sustainable support”.

And the US refused to endorse a section on sharing technology with poorer countries, which comes with intellectual property issues.

Harjeet Singh of Action Aid told RTCC it was a “missed opportunity” to raise aspirations ahead of December’s critical climate change summit in Paris, where countries are expected to agree a new pact to address global warming.

“This being a non-binding deal, it could have actually set the bar higher,” he said.

Oxfam’s Scott Paul said governments had “let down” the poorest and most vulnerable people in the world.

“Negotiators in Sendai were supposed to agree on a much needed bold new plan to build countries’ resilience to events like Cyclone Pam that has just devastated Vanuatu, one of our least developed nations,” said Paul.

“Instead what was adopted is a set of half-measures that will not keep pace with rapidly rising disaster risk around the world.”

It “puts added pressure on governments to take bold action” at the sustainable development and climate talks later this year,” he added.