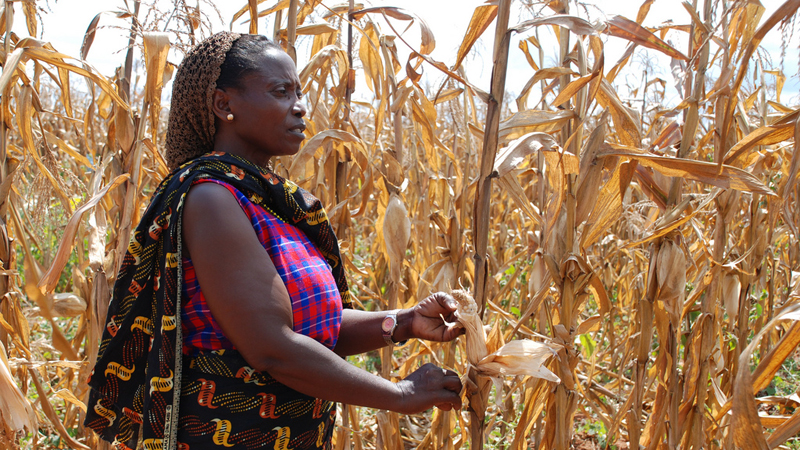 “Depending on value judgements”, climate impacts like lower maize yields “might already be considered dangerous,” according to a deleted line in the IPCC report (Pic: Flickr/CIMMYT)

African environment ministers have reaffirmed their commitment to limiting global warming to 1.5C above pre industrial levels, placing them on collision course with the US and EU.

Last Friday representatives from all 54 African states released the Cairo Declaration, demanding wealthy nations make ambitious carbon cuts in a UN climate pact due to be agreed in December.

This called for global temperatures to be kept well below 1.5C by the end of the century, a more ambitious goal than the 2C that developed countries have endorsed.

“African countries are showing solidarity and a determination to play a positive and responsible role in support of sustainable development, building resilience and poverty eradication,” Egypt’s minister of environment Khaled Fahmy said in a statement.

The 0.5C difference is seen as critical by climate vulnerable countries. For low-lying islands, it could make the difference between survival and disappearing under rising seas.

Some coral reefs are likely to die in warmer waters, while crop yields in North Africa and the Middle East could fall significantly with warming above 1.5C, said a 2014 World Bank report.

The 1.5C target remains an option in a UN negotiating text under discussion, but limiting temperature rises to this level is likely to be costly, scientists have warned.

Substantial investment would be required in negative emissions, such as tree planting or other unproven technologies to suck carbon from the atmosphere.

African ministers also repeated their demand for a global goal for climate adaptation in a 2015 deal, taking into account the costs and support poorer nations will need.

Support for a universal goal along these lines is limited among some developed countries as they fear they would be expected to pay for the ever-rising costs of adaptation in poorer parts of the world.

Others, like Brazil, believe adaptation is a local issue and should be dealt with at national level, while small island states say any goal should be voluntary.

A study released last week by the UN Environment Programme (UNEP) suggested droughts, flooding and rising sea levels could cost the continent US$50 billion a year by 2050.

“Investment in building resilience must continue to be a top funding priority.”

The declaration also saw broad support for African countries to further reduce their use of HFCs, greenhouse gases thousands of times more potent than CO2 that are used in refrigeration.

Ministers expressed their support for work to cut HFCs under the UN’s ozone treaty, the Montreal Protocol, which is expected to release further proposals to curb HFC use in April.