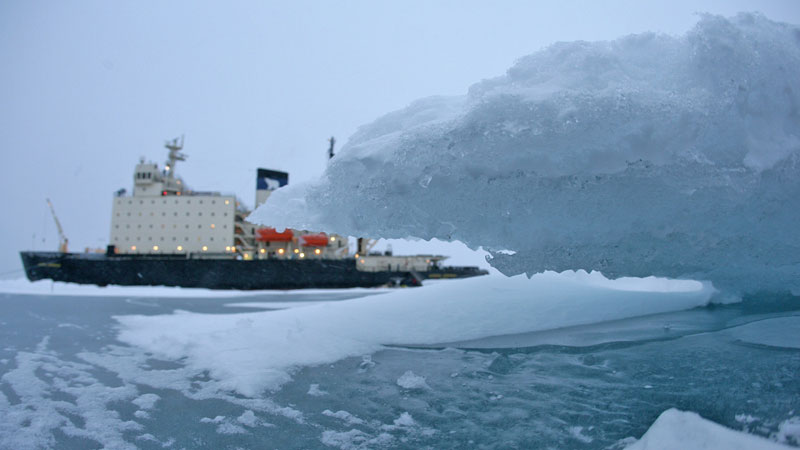 The Arctic is at risk of becoming a pawn in Russia’s unpredictable foreign policy, a UK Parliament report has warned.

All Arctic states, including the UK, must work together to ensure that the vulnerable region is sheltered from the geopolitical tensions that have rocked relationships between Russia, Ukraine and the west, the report advised.

The Arctic is extremely vulnerable to climate change, warming at twice the rate of the global average. This is causing sea ice to retreat, making it technically possible to drill for previously inaccessible oil.

“Russia’s foreign policy has become increasingly difficult to predict, and we cannot be confident that peaceful co-operation in the Arctic will continue indefinitely,” the report said, adding there are signs that Russia could be remilitarizing the Arctic.

This is a sign that “Russian politicians, including President Putin, have threatened to take their country’s current standoff with the west to the Arctic,” says Andrew Foxall, director of the Russia Studies Centre at the Henry Jackson Society, who gave evidence to the enquiry.

Others saw the expansion as less aggressive, with the report concluding that it is difficult to tell whether Russia was attempting to restore its Soviet influence, or to push out its sphere of influence in a manner that threatens its neighbouring states.

The refusal of the Russian Embassy in the UK to cooperate with the enquiry had made it challenging to gain a clear picture of the Kremlin’s motives, it said.

Russia’s actions in Ukraine have increased fears that its Arctic policy might veer towards the latter, the report explains.

It urges Arctic states to maintain the spirit of cooperation that has so far existed in the remote and vulnerable region.

“Every effort should be made to insulate Arctic co-operation from geopolitical tensions arising in other parts of the world because there is a global interest in protecting this unusually vulnerable environment,” it recommends.

Sanctions applied by the west to Russia’s oil industry has made the conflict an Arctic issue, according to Matthew Willis, a research associate at the Royal United Services Institute quoted in the report.

Conversely, the economic interest that Arctic states have in the region’s oil and gas resources provides a reason to maintain stability.

The Lords report says that it is now a question of “‘when’ rather than ‘if’” the Arctic will be substantially ice free in the summer.

Report: Shell plans to drill for Arctic oil this summer

Charlie Kronick, a senior climate advisor at Greenpeace who gave evidence to the committee, told RTCC that the rush for Arctic oil and Russia’s potential military expansion in the region could be linked.

“When geopolitics are so closely linked to fossil fuels and oil in particular – and the main reason for driving expansion in the Arctic from the UK, and much more, the Russian point of view is exploiting those resources – it’s impossible to keep those things isolated. You can’t,” he said.

“I think the belief that it makes it easier to get access to those resources is increasing the tensions.”

The report’s overall message on whether Arctic states should pursue the region’s oil resources was lukewarm.

This is despite statements from Greenpeace to the International Association of Oil and Gas Producers that an oil spill would be at best challenging and at worst impossible to clean up.

The dramatic drop in oil prices to below $50 a barrel means that the short and medium term opportunities for Arctic oil extraction are limited.

“This may offer a window of opportunity for taking stock and gaining increased clarity on whether oil and gas extraction in ice-affected Arctic waters can be achieved safely and responsibly and, if so, how,” says the report.

This could also be considered “breathing space” in which parties can establish whether a major spill could really be contained.

“The Arctic is changing in front of our eyes. That change is momentous and unprecedented,” said Lord Teverson, who is chairman of the committee.

“It will bring both difficulties and opportunities and it is vital that the UK takes this challenge seriously and is able to respond to it – indeed, is positioned as the premier partner for Arctic states and other interests in Arctic co-operation as that change happens.”