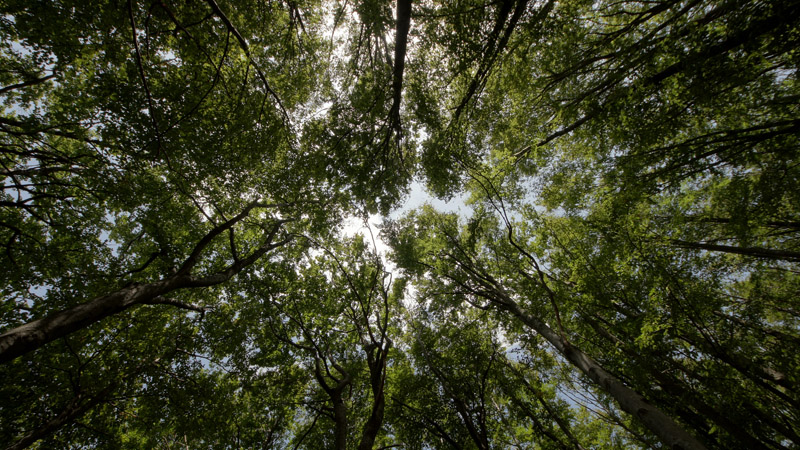 Net carbon emissions from land use change account for 10% of all human emissions over the past decade (Pic: Niels Mickers/Flickr)

Europe’s proposed new climate goals could be weaker than previously announced due to its method of accounting for changes in land use.

But in a leaked document outlining the European Commission’s plans for curbing carbon pollution, the 40% goal now includes land use, land use change and forestry accounting.

This means the growth of existing forests could be used towards EU targets, which analysts say could mean the 40% drops to 35% in reality.

Niklas Höhne, an analyst at the NewClimate Institute, told RTCC this would place less pressure on other sectors such as buildings, agriculture and transport to reduce their carbon footprint.

“Forests grow and sequester more and more carbon without an additional intervention… they allow in the end accounting for reductions without any additional action,” he said.

Farmlands, wetlands and forests cover 90% of the EU’s land mass, and are currently regarded as a carbon sink, sucking and storing carbon from the atmosphere.

A non-paper from Germany’s environment ministry dated 28 November 2014 and titled “The EU’s INDC: Key issues and proposals” warned that counting land use in its 2030 target would “significantly weaken its ambition level.”

Excluding it from the 40% figure would “be a particularly important signal for countries which may look to offset emissions in other sectors through large-scale afforestation (e.g. China and Russia),” it read.

The EU’s previous set of goals – stretching to 2020 – did not include changes in land use. But Finland, Poland and Germany are understood to back a change, which could ease the pressure on member states to make tougher cuts.

“Given that heads of states agreed to “at least” 40%, including the land use sector would not be in line with the political decision that has already been taken,” said Eva Filzmoser from the Carbon Market Watch NGO.

“It would also be seen as ‘backsliding’ from the originally presented 40% target and would set the EU off on a bad start towards agreeing on an ambitious international climate treaty in Paris in December 2015.”

Three papers are set to be released by the European Commission on Wednesday; a vision for the proposed 2015 UN climate deal in Paris, plans for an EU-wide energy union and a strategy to boost energy connections between states.

The EC’s proposal for a UN climate pledge will be put forward for debate in the European Parliament next week, with an environment committee vote expected on 6 March.

The US, China and other G20 nations are also expected to reveal their contributions along a similar timeline.

RTCC has contacted the European Commission for a response to this article.