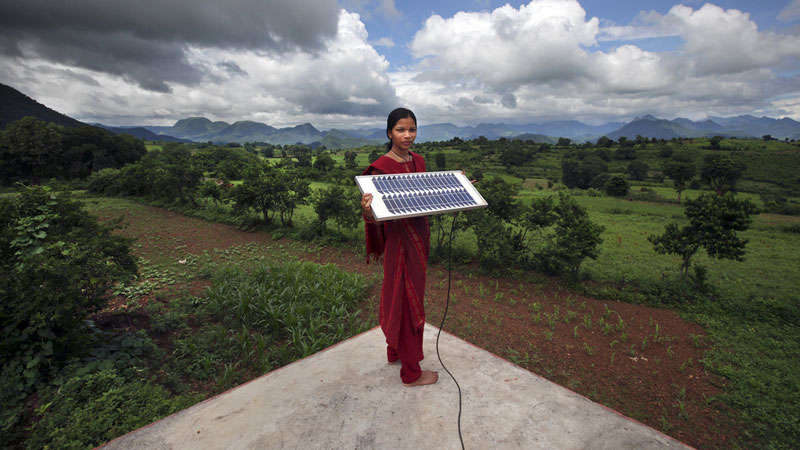 India’s renewable energy targets are ambitious but achievable, according to Michael Bloomberg, the UN’s special envoy for cities and climate change.

Prime minister Narendra Modi has targets to install 100GW of solar across the country by 2022 and provide electricity to the 400 million people who lack it by 2019.

“No other country faces an energy challenge, or has seized an energy opportunity on nearly the same scale and scope,” said Bloomberg, who was mayor of New York from 2002 to 2013, at a renewable energy conference in New Delhi.

“And as ambitious as the Prime Minister’s plan is, it’s achievable, because of one very important reason: the market is moving in the right direction.”

With the fourth highest total emissions after China, the US and the EU, India’s progress towards clean energy generation is significant in global efforts to tackle climate change.

According to a report from the International Renewable Energy Agency (IRENA), India has some of the lowest costs worldwide for developing renewable technology.

The falling prices are driving renewable energy investment in India, which rose 13% in 2014 and is expected to surpass $10 billion in 2015.

“Renewable energy must be a major part of the solution because it can meet the demand cheaply and sustainably while at the same time achieving broader socio-economic objectives.”

A much hyped visit to India by US president Barack Obama in January saw the US promise to support India in its solar goals by providing new finance and technology. The US has 17.5GW of installed solar capacity.

Report: US-India deal boosts nuclear and solar but is quiet on coal

“All of that investment can help India keep growing without polluting the air people breathe or the water they drink,” he said.

“It can raise living standards and spread opportunity. It can help India set high goals for reducing carbon, and it can serve as a model of sustainable development for other countries.”