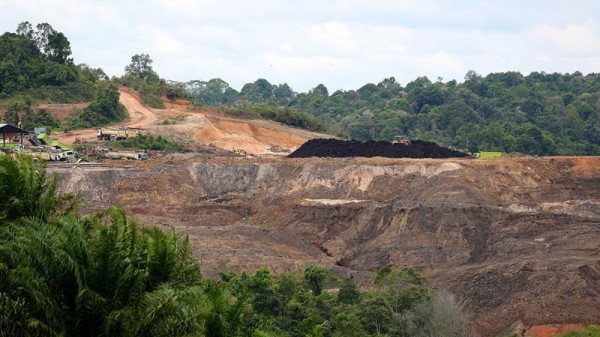 A coal mine in East Kalimantan, Indonesia (Pic: Flickr/CIFOR/Mokhamad Edliadi)

The largest coal exporter in the world, Indonesia plans to triple its use of the fossil fuel at home for power by 2025.

Meanwhile, it is aiming to cut carbon dioxide emissions 26% by 2020 compared to business as usual, or 767 million tonnes.

“Clean coal” technologies, which reduce some pollutants, will be “critical” to reconcile these goals, the IEA said in an in-depth review of the country’s energy policies.

The country “still lacks institutional and policy coherence”, IEA executive director Maria van der Hoeven said at the report launch in Jakarta. Too many agencies with overlapping roles mean nobody is accountable when targets are missed.

Analysis: Can the coal industry lead a carbon capture makeover?

Some policy goals, such as a 23% renewable energy share by 2025, are “too ambitious” and “reflect political priorities rather than achievable targets”.

While Indonesia has significant untapped potential for geothermal, biomass and hydro energy, the IEA found much of it was located far from demand centres.

And despite efforts at reform, subsidies on petrol and diesel remain, discouraging energy conservation.

The IEA urged the government to “resolutely decrease” fossil fuel subsidies, with compensatory measures for the poor.

The latest comprehensive figures place Indonesia at number six among the highest emitting countries in the world, responsible for 4.5% of global emissions in 2012.

These mainly came from destruction of the rainforest and peat fires, both persistent problems.

As the economy grows, burning fossil fuels for power generation and transport is expected to overtake land use as the leading cause of emissions.

The average Indonesian is responsible for less than 2 tonnes of carbon dioxide a year from fuel consumption, compared to 16t CO2 for a US citizen. Half of Indonesian households are on the poverty line.

A separate report by Indonesia’s National Council on Climate Change (DNPI) identified opportunities to cut emissions 70% from business as usual by 2030, at low cost.

But it urged government and businesses to act fast, so as not to get dependent on high carbon infrastructure.

It said: “If approaches to low-carbon infrastructure development are not identified quickly, there is an added challenge of a lock-in effect, leaving little opportunity for implementing low-carbon alternative solutions for the next 30 to 40 years.”

Andi Samya Nugraha, energy expert at the DNPI, told RTCC the renewable energy goal was “ambitious but not impossible”, with streamlining of policy.

He expressed a hope that some funds diverted from fossil fuel subsidies could go towards renewable energy, although he noted “it has to compete with other development priorities”.