King of Tonga discusses environment with the Pope, as Vatican gets its first Tongan Cardinal 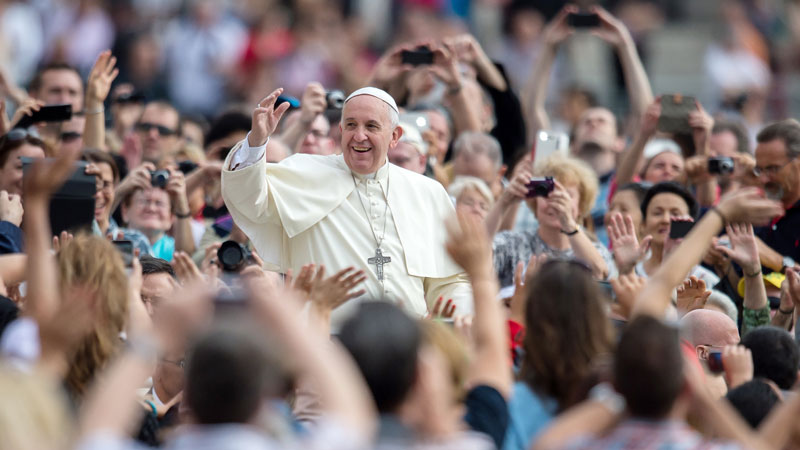 Tonga’s King has taken the environmental challenges facing the small island states in the Pacific to the Vatican.

King Tupou VI, a Methodist, and his wife, Queen Nanasipau’u Tuku’aho, discussed the topic with Pope Francis during a tour of Rome and London.

A statement from the Vatican press office said that the Pope and the King had an “exchange of opinions on the international situation, with particular reference to the insular States of the Pacific and the environmental problems that some of them are compelled to face.”

These small island states are among the most vulnerable nations in the world when it comes to climate change.

According to the 2013 World Risk Report, Tonga is the second most vulnerable country to natural disasters in the world after Vanuatu, another small island state.

Pope Francis’ discussion with the King of Tonga is the first time that he has explicitly addressed the climate concerns of the small island states.

Yet the Pontiff has become increasingly vocal on climate change since he was elected as head of the world’s 1.2 billion Catholics in March 2013.

This has been combined with a concern for the poor and underrepresented.

Ahead of a trip to Tacloban – the area of the Philippines hardest hit by the deadly Typhoon Haiyan – Francis described environmental neglect as a betrayal of the “noble calling” to be stewards of God’s creation.

Francis’ decision to appoint Tongan bishop Soane Patita Paini Mafi as Cardinal has been regarded as an attempt to reach out to the fringes.

Mafi – who was formally elevated to the College of Cardinals at St Peter’s Basilica on Saturday – has previously expressed his concern over the damage that climate change is causing to the Pacific islands.

In an interview with America magazine, he described “our permanent vulnerability to the impact of climate change and global warming, especially to our low lying areas in the Pacific” as one of the most pressing issues facing his community.