Catholics across globe to hold 40-day fast for the climate 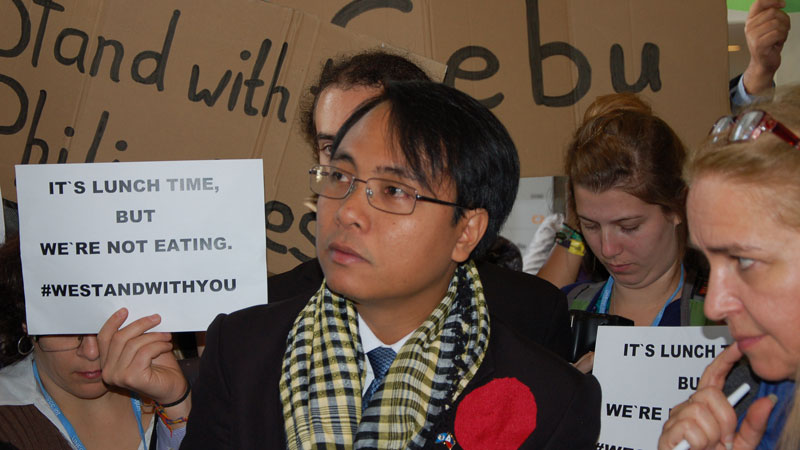 Catholics across the world will take part in a 40-day fast during Lent to raise awareness of climate change.

A chain of one-day fasts will sweep across 45 countries between Ash Wednesday and Easter, beginning in Peru and ending up in Botswana.

“We think it is very important that Catholics understand climate change and the importance of the UN negotiations in Paris,” said Ciara Shannon, who is coordinating a Hong Kong fast on 23 February.

The action has been organised by the Global Catholic Climate Movement.

Fasting carries a particular significance for Christians during this period, who traditionally give something up in remembrance of the 40 days Jesus spent fasting in the desert.

It has also become a theme for climate activists, since Filipino climate commissioner Yeb Sano initiated a two week fast during the UN’s 2013 climate talks in Lima in protest at the lack of progress.

Campaigners are also holding a 365-day fasting chain, which began on the 1 December 2014, and will run until the 30 December 2015, when the UN’s climate negotiations kick off in Paris.

Sano said: “The power behind fasting lies in its purity of purpose and the sense of selflessness necessary to embark on fasting. This is the power of the fast—because it is meant for our aspirations of a better world.”

The movement is also encouraging a “carbon fast”, where participants cut down on their use of fossil fuels and reduce waste.

Countries where Catholics have signed up to take part include Nigeria, Japan, Mexico, Cambodia, Hungary and the Faroe Islands. Each has been assigned a particular day where they are encouraged to skip food – or at the very least a meal.

All participants will fast together on Ash Wednesday (18 February) and Good Friday (3 April).

Pope Francis’ interest in climate change and the environment has given the topic a new significance for many Catholics.

The Pope is due to release an encyclical on man’s relationship with nature this summer, ahead of the UN climate talks in Paris.

For Shannon in Hong Kong, however, the movement has posed a unique difficulty.

This year, the start of Lent coincides with Chinese New Year, where the focus is on feasting rather than fasting.

Asian Catholic bishops have even provided revellers with a special dispensation to skip the Ash Wednesday fast in order to party properly.

But the conflict of interests needn’t prove insurmountable, said Shannon, as the Chinese celebration is nicknamed Spring Festival.

“My main message around the catholic climate fast in Hong Kong, so as to tie into Chinese New Year, is to ask Catholics to celebrate the beauty of Spring, to protect nature and to join our call to urge world leaders to commit to a fair, ambitious and binding global climate agreement in Paris.”