US president Barack Obama’s visit to India yielded some technical progress on clean energy, but little on climate change 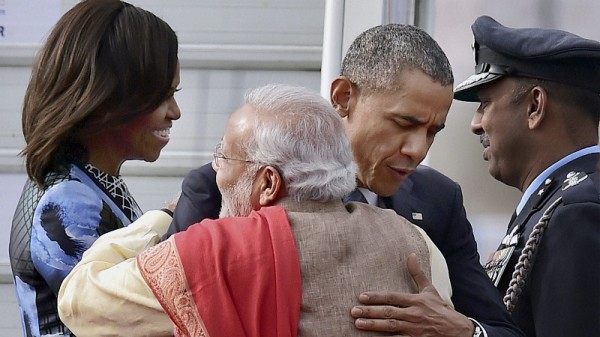 US president Barack Obama’s ‘historic’ visit as a chief guest to India’s Republic Day was full of theatrics and hype.

There was much anticipation that this meeting would be unprecedented and game-changing for Indo-US relations, shifting the dynamics of global politics.

So, what did we get to see apart from bromance, Obama trying his luck with Hindi, a grand presidential dinner and a spectacular military parade on R-Day?

The focus was on breaking an impasse in nuclear cooperation. Despite the two countries signing a civil nuclear agreement in 2008, US companies had been put off operating in India by tough liability rules.

Modi and Obama broke the deadlock at a lunch meeting and struck a deal that could open the door for firms like GE and Westinghouse to build nuclear reactors in India.

They agreed to create a national nuclear insurance pool, to allow sellers of nuclear reactors to buy coverage against a potential claim by the power station operators against them.

The US, for its part, agreed not to demand its own inspections of nuclear material in India – an issue that reportedly threatened to derail advance negotiations in London last week. It will instead rely on the International Atomic Energy Agency.

Obama said: “We have achieved breakthrough understanding on nuclear deal.”

Climate change got only a passing mention in the joint statement, but India and the US stressed that they would work together towards a global deal.

In his opening remark at a joint media statement with Obama, Modi urged on adaptation measures and moving on the path of clean and renewable energy to tackle climate change. He asked the US to “lead international efforts in making renewable energy accessible and affordable”.

Despite international pressure to ink a pact with the US along the lines of that agreed with China last year, India walked its own path. With economic development in mind, it promised to tackle climate change by moving on a clean energy path, adopting improved energy efficient technology and various adaptation measures.

Articulating India’s stand on climate change, Modi stated that “India is an independent country and a deal like US-China won’t impose any pressure on us.”

The US will help India achieve its goals, he added, especially its 100GW solar target by 2022, by extending finance and technology.

“Now we have to build at home on the PM’s strong press conference statement that climate change is an important issue for Indians, and come up with creative and robust domestic actions, which can form the basis for our international position.”

In their joint statements Modi stressed on the importance of working together and with other countries on climate change and said that he plans to “cooperate closely this year to achieve a successful and ambitious agreement in Paris in December”.

On the contentious subject of HFCs, a group of potent warming gases used in fridges, India reiterated an agreement to “cooperate on making concrete progress in the Montreal Protocol this year”.

Chandra Bhushan, deputy director general of Centre for Science and Environment, said: “The joint statement reiterates India’s position on climate change, which is good for us. India is going to invest in renewable energy and it is looking forward to US’s support in renewables.

“India should have asked the US to increase its commitment on climate change, which has not happened. Contrary to expectations by many about a similar US-China climate deal, the talks established efforts towards clean energy regime. Overall, it is a good deal for India.”

Sanjay Vashist, director of Climate Action Network South Asia, said: “Cooperation between the US and India to promote renewable energy is a good start and adds to the confidence of Indian energy planners that would like to increase the share of energy production from domestic sources crucial for energy security and bridging the trade deficit by saving on import bill.

“It is very encouraging to see that both the countries decided on political agreement in favour of Paris climate deal that add political momentum to the multi-lateral process. We hope that such cooperation add impetus to renewable energy sector and businesses.”

The elephant in the room was the unbridled coal expansion that India is witnessing. A planned mass rollout of new coal will outweigh many of the climate benefits promised in the agreement, as well as worsening air pollution.

“The bulk of our CO2 emissions come from burning coal for electricity and this number will rise exponentially if India goes ahead with business as usual.

“We know we can’t end all coal burning this year or even this decade, but the majority of new energy generation in India should come from clean power sources and efficient use of energy.”