Christiana Figueres says majority of global carbon emissions likely to be covered under 2015 pact, but unclear on ambition 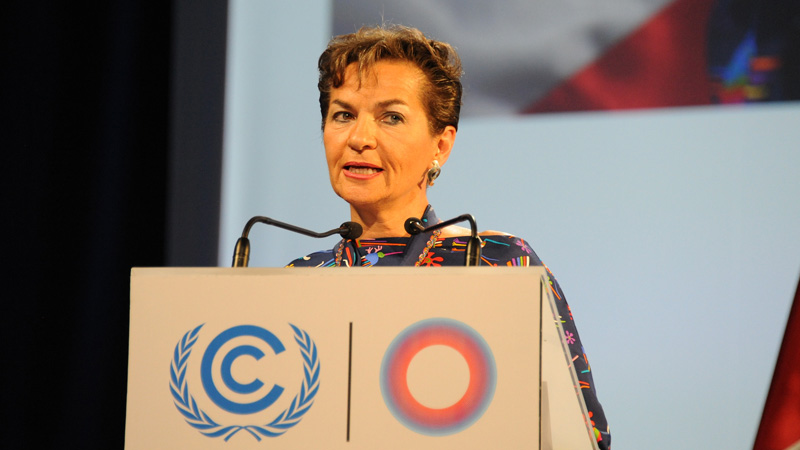 The UN’s climate chief is confident all major economies will deliver their commitments towards a proposed global warming pact by a deadline of October 1 this year.

Christiana Figueres said she expected all major emitters to reveal proposed greenhouse gas cuts in time for the UN to publish its own assessment of these submissions, due one month later.

But she conceded some smaller countries may not be able to publish their pledges, known as intended nationally determined contributions (INDCs) ahead of this year’s Paris summit, where a UN deal is set to be signed.

“I don’t think we will have 193 INDCs by October. I do expect we will have all major economies to publish their INDCs – middle size and a large number of smaller economies,” she said on a conference call.

“There will be some countries for reasons out of their control will not be able to present INDCs but the critical mass of countries and certainly of GHG emissions will be accounted for by the series of INDCs we will have this year.”

On Thursday US climate envoy Trigg Talley confirmed to ClimateWire that Washington would release its commitment by March 31. The EU will indicate its goals on February 25.

But plans for a wider review of pledges – which will establish if they will collectively prevent dangerous levels of global warming – were at an early stage, Figueres admitted.

Countries agreed the UN should conduct a “synthesis report on the aggregate effect” of these pledges at a recent UN summit in Lima. But a proposal for detailed guidance on what countries should include in their INDCs was scrapped, making the task of assessing them harder, she said.

Scientists say warming needs to be kept at less than 2C above pre-industrial levels, or risk greater levels of extreme weather events like floods and droughts as well as sea-level rise.

In addition to carbon cuts, countries can also reveal how they plan to adapt to changing climatic conditions, and what level of support they can offer other governments.

“There’s no clear idea on the structure of the assessment until we see a critical mass of INDCs, and we will be guided by info submitted by governments,” Figueres added.

UN talks enter a critical phase next week when nearly 200 countries meet in Geneva for six days of negotiations on the Paris deal.

The gathering will be the first of up to four official meetings before Paris, but another series of lower-level discussions are also planned aimed at allowing more debate on contentious issues.

Figueres, who is entering her fifth year running the UN’s climate body, said officials wanted to use the talks to “streamline” proposals which currently run to 39 pages.

The resulting document will be sent to all capitals once it is complete for further analysis, although she stressed it would not be “clean” and would likely contain many options.

Proposals on the table include a long term decarbonisation goal, taxes on oil consumption and a budget of carbon dioxide emissions that could be divided up between nations.

The UN chief said she backed the concept of a long term goal for carbon neutrality, which could see net emissions cut to zero at any time between 2050 and 2100.

But she stressed that any deal in Paris would not on its own solve a problem governments have spent the last 20 years discussing – with little to show for it.

“It would be a fundamental misinterpretation or misunderstanding of complexity to even imagine that an agreement in Paris would in and of itself miraculously solve climate change,” she said.

“What Paris is meant to do is chart the course that can be followed by government and business towards that 2C pathway.

“What we are doing this year – the role of Paris – is actually to set the pathway for an orderly planned transition over time to a low carbon society.”

Talks on the future of the UN climate body have also begun – Figueres confirmed – after envoys questioned whether the two-decade long process was working.

“We are also not convinced it’s the most effective and efficient way,” she said.