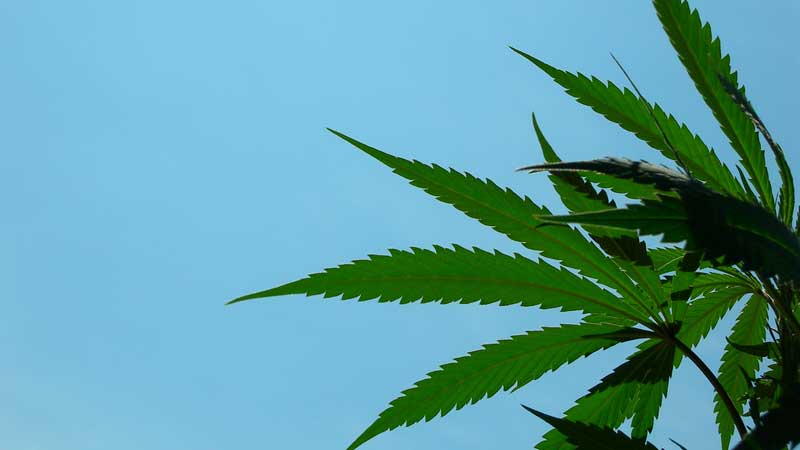 Take a flight over the densely forested area in California’s northern coastal region and it’s not hard to spot the marijuana plantations, their bright green plants standing out in clearings in the surrounding vegetation.

But now the big-money cannabis industry is being blamed for adding to water shortage problems caused by a three-year drought that has seriously affected California’s huge agricultural sector.

Although cultivating and using marijuana is illegal under US Federal law, California state law allows marijuana growing – as long as it is for medicinal purposes.

However, the rules governing who can and cannot grow pot are complex – and openly flouted by thousands of growers, both big and small-time operators.

A report by the California Department of Fish and Wildlife (CDFW) estimates that, in this northern region of the state,  marijuana growing doubled between 2009 and 2012.

Marijuana plants are extremely thirsty, consuming between five and 10 gallons of water per day, depending on the phase of their growing cycle.

Officials at the CDFW say that marijuana growers are sucking up precious water resources, exacerbating water shortages and threatening fish in the area’s lakes and streams.

Marijuana growing is particularly prevalent in an area of northern California known as The Emerald Triangle, encompassing Mendocino, Humbolt and Trinity counties. Some estimates say the crop accounts for up to 40% of the region’s economy.

Officials of the CDFW say that the small, well-established marijuana plantations – run by what are described as old time hippies − are not to blame for pumping up excess water.

It is the incomers from outside the area − part of a “green rush” into highly-profitable marijuana growing – that are mainly to blame. These growers are out to make quick profits, and care little about the environment.

Growers of various crops in California are bound by rules stipulating that no more than 10% of the flow of water courses should be diverted for crops, and that such diversions should stop altogether in late summer, when water levels are at their lowest.

The CDFW says the incomers take vast amounts of water in order to harvest their crops as fast as possible. They also use excessive quantities of fertilizer, which leach into water courses, endangering fish stocks and polluting land.

Fines of up to $8,000 per day are now being imposed for water theft, although monitoring illegal activities is difficult − and, at times, dangerous.

Heavily-armed gangs are often involved in the marijuana growing business, and the CDFW has warned that, as the drought continues, conflicts over water resources are likely to increase.

The Emerald Growers Association, a group that represents some of northern California’s marijuana growers, says more regulation is needed to separate the legitimate pot growers from illegal ones.

The drought in California has been going on since 2011 and is described as the worst in the state since records began in the 1850s.

Arguments continue as to whether man-made climate change or natural phenomena are causing the drought.