Denmark gears up for fight against fracking 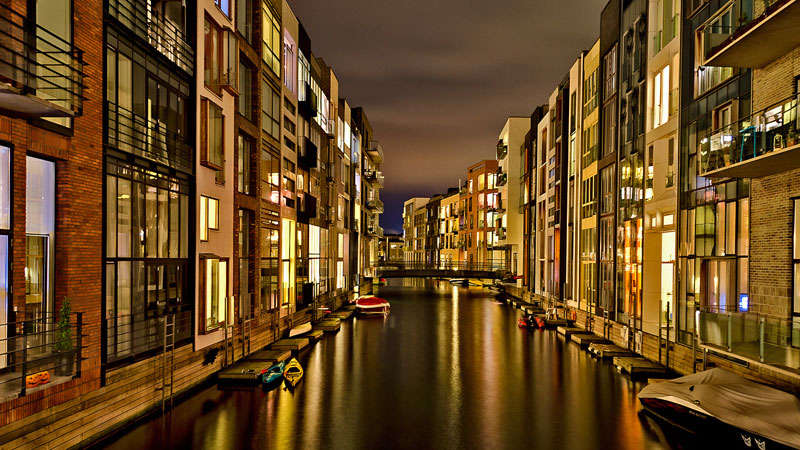 Copenhagen is the world’s greenest city, but its politicians could soon give a green light to fracking (Pic: Fc Nikon/Flickr)

The fight against fracking is about to get underway in Denmark, as French oil company Total prepares to explore for shale gas in the country for the first time.

A rig is expected to arrive near the northern town of Frederikshavn next month.

Drillers will test the shale rock lying four kilometres below the surface for gas. If the volume is large enough, then Total plans to use hydraulic fracturing – or fracking – to extract it.

So far, even in environmentally conscious Denmark, opposition to the industry has been muted. But activists are unwilling to take the latest developments lying down.

“We need to make it visible for ordinary people,” said Tarjei Haaland, a climate and energy expert at Greenpeace Denmark, who told RTCC that the group was launching an anti-fracking campaign next week.

“We have had other priorities until now and it’s time to start this more broadly. The government is not discussing it broadly in the public and it’s only the people directly involved who understand what’s going on.”

Fracking involves injecting a cocktail of water, sand and chemicals into the ground at high pressure in order to fracture the rocks and release the trapped gas.

Total was granted licenses in 2010 to explore for shale gas in two regions of Denmark – including the area north of Copenhagen – but this will be the first time that they have broken ground.

The technology has been widely used in the US, but has been slow to take off in Europe, in part due to environmental concerns. Scientific studies suggest that the process could cause earth tremors and pollute groundwater. There are also concerns that burning gas will accelerate climate change.

Denmark is often cited as one of the world’s greenest countries, with an ambitious target to phase out fossil fuels by 2050.

Activists are therefore opposed to introducing another form of fossil fuel into the country’s energy mix, attacking a “schizophrenic” attitude by politicians towards climate policy.

“Denmark has a very strong climate change commitment, but the argument is also that we can’t leave gold in the ground. It’s a very strange logic,” said Mattias Soderberg, a senior advisor at Act Alliance Denmark.

Many of Denmark’s European neighbours have imposed a fracking moratorium on environmental grounds, including France, Germany, Romania and Bulgaria.

Poland and the UK, on the other hand, are keen to exploit their shale gas reserves.

Denmark’s centre-left government tried to align itself with the former group in 2012, when it also imposed a ban on fracking.

The central government retains some control over the role of fracking in Denmark’s future.

If the exploratory drilling reveals the presence of gas in commercially viable volumes, Total will have to submit another environmental impact assessment and gain another permit from the government in order to go ahead with fracking.

Denmark is due an election by September at the latest. Opinion polls predict a swing to the right, which would bring to power a more frack-friendly set of politicians.

Greenpeace’s Haaland told RTCC that their campaign will centre on providing more information on the dangers of fracking, in an effort to turn people against the technology across the whole political spectrum.

In the town of Frederikshavn itself, campaigners are taking a more direct approach.

For 184 days, locals have set up camp near the site where the drilling is to take place in an ongoing protest against what they perceive as a threat to their local community.

Aage Olsen, who has set up base on the camp, told RTCC that he had endured sub-zero temperatures and watched as a storm blew away his tent in order to keep fracking from his town.

“We have a demonstration every day. We walk to the site and sing some protest songs. When we have done that, we go back to the camp and get a cup of coffee and have some breakfast,” he said.

“It’s cold for the feet. I have socks, but today it was minus 6 degrees, so it takes a lot of socks. Even people who work for them say it is special that we keep going. They expected after two weeks it would go away but we are still here.”

There are five people at the camp permanently, with the majority of the original 50 occupants returning to more solid dwellings for the winter. But Olsen said they were visited by new people every day.

“It’s a very, very long process. It’s not easy to keep the spirit up when nothing happens, but I think when they are bringing in the rig people will come.

“There are people around who are working for ideas to make it difficult for them to bring the rig.”

Others in Denmark are less vehemently opposed.

One of the arguments in favour of shale gas is that it could replace other, dirtier fossil fuels such as coal, which still supplies around a third of Denmark’s electricity.

“If you want to limit greenhouse gases you should tax them. You can’t regulate it through the production of fossil fuels locally,” said Otto Brøns-Petersen, head of research at the Center for Political Studies, a Danish think-tank.

He added: “Probably with the present price of oil, it wouldn’t be economically feasible to extract gas from Denmark, but we don’t know. It might be cheap, and then we should do it.”

The time required to move from exploration to production means that the site would not start delivering gas until 2020 – the year when the UN is set to bring in a climate change deal that could drive a shift in the world’s energy mix.

The process is even less advanced around Copenhagen, but Haaland predicts that fracking companies would not be well received if they decided to descend in the back garden of Denmark’s politicians.

He said: “I’m sure if they do something there, there will one hell of an outcry.”