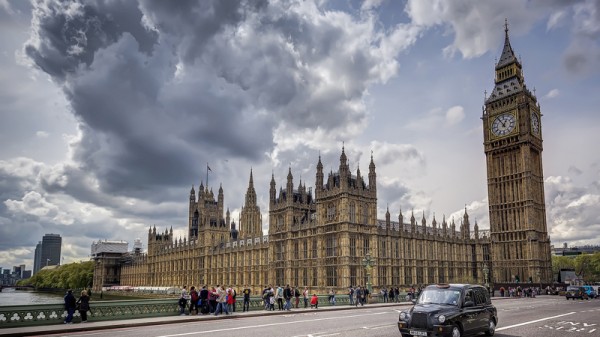 UK MPs on Monday debated an Infrastructure Bill that would smooth the path for fracking (Pic: Flickr/Javier Díaz Barrera)

The UK government has moved to reassure fracking opponents that exploration for oil and gas will only happen if it is compatible with climate goals.

In a last minute amendment to its Infrastructure Bill, the government proposed to consult the independent Committee on Climate Change “from time to time” on the impact of oil and gas exploration on the carbon budget.

Energy minister Amber Rudd defended the government’s efforts to smooth the path a UK shale gas industry, following a report by MPs calling for a fracking ban and demonstrations outside Parliament.

“To meet our challenging climate targets, we will need significant quantities of renewables, nuclear and gas in our energy mix,” she said in a debate on Monday.

Shale gas is important for the country’s energy security “as we move towards a low carbon economy,” Rudd added.

The Infrastructure Bill includes an objective of “maximising the economic recovery of UK petroleum”, including shale gas. It proposes changes to trespass law that would make it easier for oil and gas companies to frack under people’s homes.

MPs passed the Bill with Labour amendments to toughen up certain regulations on the industry. Another amendment, to suspend the practice for at least 18 months, was rejected by 308 votes to 52. The Bill now goes for consideration in the House of Lords.

Amid a plethora of concerns about the way the sector is to be regulated – and complaints at the short 90-minute slot available for debate – there was intense disagreement about its climate impacts.

The UK has a legal commitment to cut greenhouse gas emissions 80% on 1990 levels by 2050, set out in five-year “carbon budgets”.

In a report published on Monday morning, the cross-party Environmental Audit Committee argued fracking was incompatible with that commitment.

The Energy and Climate Change Committee, on the other hand, examined the subject in 2013 and came out in favour of exploration.

“Our concern is they are going rather slowly on it,” said Tim Yeo, chair of the ECC Committee. “We should speed up the process.”

He dismissed the idea shale gas would increase emissions, arguing it would simply replace imports of more carbon-intensive LNG.

Earlier in the afternoon, anti-fracking protesters held a rally outside the building.

‘If fracking is a panacea, why have France, Germany, NY state all banned it?’ – Bianca Jagger addresses rally pic.twitter.com/77hF2SShxF

Mr Frackhead has arrived outside Westminster! Loads of people here for rally to #banfracking pic.twitter.com/P31P938Eyd