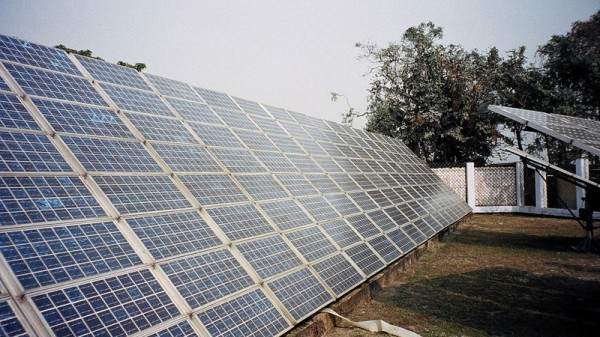 The UK is responsible for less than 2% of global greenhouse gas emissions. Its actions to cut emissions, however ambitious, can only have a limited impact on the path of climate change.

But a tool developed by the UK government is helping to inspire and inform low carbon policies in some 20 countries and regions, multiplying that impact.

China, India and Vietnam are among the countries using a UK-led emissions calculator to design green growth strategies.

Ed Davey, the energy and climate change secretary, said: “We are working hard to demonstrate to the global family that climate action benefits people.”

Analysis: 7 emissions pathways for the world

He was speaking to mark the launch of a Global Calculator on Wednesday, an interactive tool to show the impact of various policy and lifestyle choices across the world have on the climate.

It brings together publicly available data on the costs and impacts of different ways of using technology and land into a single interface.

As negotiators work towards a global climate deal in Paris this December, it gives a flavour of the scale of change needed to meet the overarching goal of limiting temperature rise to 2C above pre-industrial levels.

“It does fill a real gap,” said Jeremy Woods, a bioenergy expert at Imperial College London who helped develop the tool. “In the end what you want to know in terms of greenhouse gas emissions is: what is happening at a global scale?”

The UK’s Department of Energy and Climate Change joint funded the project with Climate-KIC, a European climate innovation initiative.

And the model shows “just how important innovation is across all the sectors,” said Wood, with no “silver bullet”.

It was developed in collaboration with more than 150 experts around the world, with workshops to test the model held in Beijing and New Delhi.

“We invited the experts along and said: ‘Please tear this apart and tell us what you think’,” said Woods.

The Global Calculator is the highest-level version of a modelling programme that has been going on for five years.

While that sets out the big picture, it is national models that can directly shape policies and investment strategies.

In many cases, these provide a starting point for the draft emissions targets countries are set to publish in the next few months. These in turn will form the basis of a Paris deal.

In 2010, the Department of Energy and Climate Change published a UK calculator, which showed options for energy supply and demand out to 2050. That was used to develop the government’s 2011 “carbon plan”.

The approach has been exported to several parts of the world, with national governments adapting it to their own priorities.

In India, for example, the main concern was with the cost of energy imports.

Anil Jain, advisor at the National Institution for Transforming India (formerly the Planning Commission), told RTCC: “While we are concerned about emissions, we are more alarmed by the rising dependency on oil, gas and coal.”

The Planning Commission, as it was then, started looking for a modelling tool in 2013.

“We were looking at the alarming import bill and what it does to our foreign exchange and we wanted to do some kind of modelling exercise, which might aggregate the energy scene for us,” said Jain.

After considering bids from other sources, including US and Indian academics, the commission opted for the UK approach.

Its analysts are working on a second version that is due out in about a month, which will have more on the costs.

Jain said: “The real value which the tool would have is the information it will provide as to what kind of investments India would have to make.”

That is critical to what India can offer in its contribution to a global deal, although Jain stressed it would not be enough on its own.

Vietnam launched its national calculator this week and is rolling it out to 63 provincial governments.

Hoang Van Tam, an official at the Ministry of Industry and Trade, told RTCC the tool was “very useful” for exploring options and formulating action plans.

China is also using a version of the calculator to develop its economic and energy plan, while South Africa is putting theirs on the curriculum for schools.

Woods observed that the UK has “always had a really interesting role” and been a “key interlocutor” in climate diplomacy.

“What the UK does empirically is almost irrelevant to global climate change,” he said. “If the UK wants a level playing field, which I think is absolutely critical… the UK needs to find ways to explain how important that is.”

Jain noted that the UK had an interest in making sure it was not acting alone.

“All the carbon reduction measures we adopt would come a cropper if others did not adopt carbon emissions mitigation measures, which is probably the agenda,” he said. “That is fine with us.”