British galleries criticised for “unnecessary” link to oil company after contribution revealed as just 0.5% of income 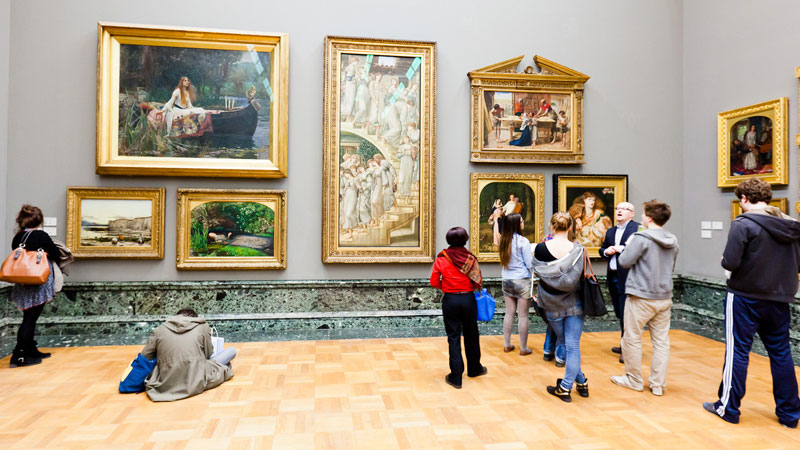 Campaigners have accused the Tate of selling out cheap to big oil, after it revealed that BP sponsorship makes up just 0.5% of its annual income.

The British institution was forced to disclose how much money it receives from BP after a three-year battle, as part of a campaign to persuade the gallery to shun fossil fuel sponsorship.

“For nearly a decade, Tate provided a veneer of respectability to one of the world’s most controversial companies for just £150,000 a year. The figures are embarrassingly small for Tate to go on justifying its BP relationship,” said Anna Galkina of Platform, the group who launched the appeal.

“BP desperately needs the ‘social licence’ provided by cultural sponsorship in order to continue trashing our climate. But Tate can clearly do without BP.”

The figures were revealed after Platform launched an appeal against the Tate’s Freedom of Information process, leading to a tribunal which saw gallery officials criticised for a lack of transparency over sponsorship.

The Tate was also forced to disclose the minutes of its ethics committee, which reviewed BP sponsorship in 2010.

In this document, the committee acknowledges that “the reputational risk to Tate of retaining BP as a partner is significant” due to the gallery’s cultural importance and “public stance on sustainability”.

It also notes that “environmental activism is on the rise”, with the oil and gas industry facing the same “public scrutiny, disapproval and negativity” as the tobacco industry in the 1990s.

But the committee concluded that the benefits of BP sponsorship outweighed the reputational risks, and that taking a moral stance on the oil and gas industry was “outside of Tate’s charitable objectives”.

Comment: Should the arts reject money from oil companies?

The Tate is not alone in receiving funding from BP, which declared in 2012 that it would provide £10 million over five years to the Tate, British Museum, the National Portrait gallery and the Royal Opera House.

Campaign groups have lambasted the deals for providing BP with legitimacy by embedding it in the heart of the UK’s artistic and cultural heritage – ignoring the company’s contribution to the rising greenhouse gas emissions which are causing the climate to change.

Groups such as Liberate Tate have staged a series of stunts as part of an intense campaign to pressure the gallery to sever its ties with BP.

In a statement emailed to RTCC, a Tate spokesperson said: “The cumulative commitment of these funds totals almost £4M for the period 1990-2006. This is considerable funding.

“[BP’s] support has been instrumental in helping Tate develop access to the Tate Collection and to present changing displays of work by a wide range of artists in the national collection of British Art.”

A BP spokesperson told RTCC: “We are very proud to have had a relationship with Tate that stretches back over 25 years now and we believe over time this partnership has proved of benefit both to the Tate and to BP.

“We continue to work with them closely, and I believe over the time of our sponsorship many hundreds of thousands of people have visited the exhibitions supported by BP.”