Should the arts reject money from oil companies?

As churches and universities divest from fossil fuels, it’s time for the cultural industries to follow suit 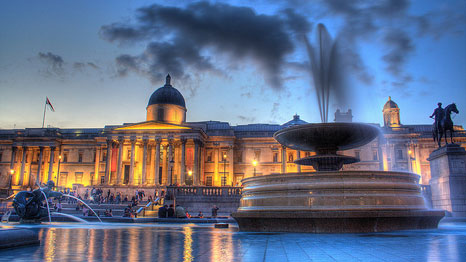 There’s no denying that the divestment movement is gathering pace.

With the World Council of Churches recently announcing its withdrawal from the fossil fuel sector, and a whole series of universities taking the first progressive steps towards greening their endowments, people are wondering which other institutions will recognize the ethical imperative in distancing themselves from the climate-devastation being carried out by fossil fuel companies.

There’s a growing awareness that after universities and faith-based institutions, it’s the cultural sector that needs to take steps to ensure that it isn’t helping to legitimize oil companies well past their sell-by date.

In the UK, big prestigious arts and culture organisations have been taking oil money for decades. It’s not about investments and endowments – it’s about long standing sponsorship deals.

In the week that parts per million of atmospheric carbon hit 400 for the first time in thousands of years, Tate Britain launched its major rehang – the “BP Walkthrough British Art.” More recently the National Portrait Gallery celebrated 25 years of BP sponsoring the BP Portrait Award. Shell has an on-going association with the Science Museum, including branding its climate science gallery.

These relationships may seem like a trivial affair in themselves, but the many links that oil companies cultivate and maintain with all manner of galleries, theatres, museums, festivals and even children’s toy manufacturers like LEGO, all add up to support their “social licence to operate.”

This is an industry-term for the state of legitimacy and social acceptance that oil companies need in order to keep carrying out hugely controversial and contested operations like devastating communities, ecosystems and the planet. When oil companies sponsor an art gallery, they’re not doing it because they are art-loving philanthropists, they’re doing it because it’s an integral part of their business model of drilling and selling more and more oil.

Ending the sponsorship links between oil companies and cultural institutions is about stigmatizing those companies that are responsible for destroying the climate in much the same way that the divestment movement is doing.

Like the divestment movement, success depends on the change being pushed for from with the institutions.

Fee-paying Tate members have repeatedly tried to raise the issue at the annual Members AGM. Artists have teamed up with activists to from Liberate Tate, to create powerful unsanctioned performance pieces in gallery spaces like last year’s Parts Per Million.

An artist who was short-listed three times for the BP Portrait Award has spoken out on what it means to create work accompanied by the logo, writing: “I realised long ago that, as a painter, offering legitimacy to fossil fuel corporations is a far more significant statement than anything that might be communicated by an exhibition.”

In this last week some 70 theatre professionals were brought together by playwrights Mark Ravenhill, Caryl Churchill and BP or Not BP to discuss the growing controversy of the issue.

The terrifying threat of climate change and the increasingly climate conscious public means that now is the time to redefine the boundaries as to what are the acceptable forms of corporate sponsorship.

Twenty five years ago before BP took over, the National Portrait Award was being sponsored by the John Player tobacco company. People recognized that tobacco companies shouldn’t benefit from the kudos of cultural associations, and an ethical funding boundary was created.

It’s important to note that arts institutions and sporting events were all able to adapt and survive when tobacco sponsorship was given the boot. According to our research on the proportion of income that oil money represents to the biggest arts institutions, the same would be the case today.

As Archbishop Desmond Tutu recently said, “People of conscience need to break their ties with corporations financing the injustice of climate change… We can encourage more of our universities and municipalities and cultural institutions to cut their ties to the fossil-fuel industry.”

Breaking the sponsorship link between arts and oil will not alone prevent the worst impacts of climate change from happening. But by creating and informing a public debate that questions the legitimacy of these companies in being associated with respectable and cherished cultural institutions, we can strengthen attempts to hold them accountable in other political and financial spheres.

This is an essential step in ending the stranglehold that the companies have on the corridors of power – a major obstacle that we face in the transition to a low carbon society.

Kevin Smith is an oil and sponsorship campaigner at Platform (@platformlondon)