UK political consensus on climate could crumble like Australia’s 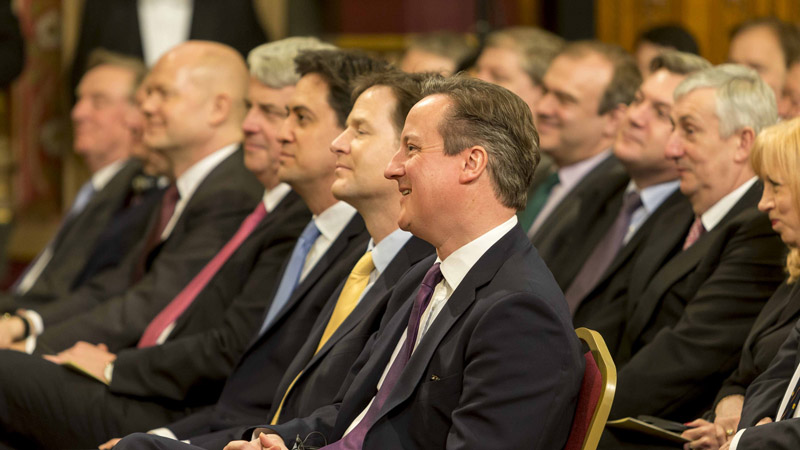 The UK’s political consensus on the need for climate action should not be taken for granted, Australia’s former deputy prime minister has warned.

Politicians and green groups needed to constantly remind the public about the threats posed by a warming world, or face a collapse in support for carbon cutting policies, said Wayne Swan.

A senior member of the Labor government in Canberra from 2007-2013, Swan said a swing towards climate scepticism among the governing elite could “easily” happen given the right conditions in the UK.

“The more just the cause, the harder the remedy, because the more just it is means it has been brewing for a long time. And there’s a reason for that – it’s not easy to fix,” he said.

The state of the UK’s climate consensus has come under increased scrutiny of late, with around 70 backbenchers in the Conservative party rumoured to be hostile to carbon cuts.

The meteoric rise in UK Green Party membership has been matched by a surge in support for UKIP, a right-wing party that wants to scrap all climate policies and could add to its two MPs at this year’s general election.

Lord Deben, head of the UK’s Climate Change Committee, a government advisory body, told RTCC he felt the consensus was in good shape, but agreed it required constant scrutiny.

“As chair of the CCC I speak to leaders of all parties… and find great support,” he said. “You have to congratulate governments on the things they do right – and wrong – but don’t try to say this is anything but a consensus.”

Australia was on the verge of a cross-party consensus on climate change at the end of November 2009, when Liberal leader Malcolm Turnbull told his party to support a Labor-proposed carbon cutting scheme.

Turnbull’s move split the Liberal party, and a subsequent leadership challenge was won by a single vote by Tony Abbott, a climate sceptic who went on to become prime minister in 2013.

One of Abbott’s first moves was to ditch the country’s carbon price, swiftly followed by policies backing mining and logging operations around the country.

The country also hinted it could pull out of the UN’s only legally binding climate treaty – the Kyoto Protocol.

“What changed was the radicalisation of the right. Our Liberal party turned from a moderate more traditional conservative party into a Tea Party extreme right wing republican cult, for want of a better word,” said Swan.

“Climate change denial was half of that – this is a group who are in denial of most of the progressive reforms in the 21st Century.”

Speaking at an event held by the IPPR thinktank in London, Swan admitted his government had not been prepared for what he called “brutal” attacks from “powerful vested interests” when they introduced the price on carbon.

“The Murdoch papers on climate represented their own organised constituency that just ran at Labor day in day out and I think had an significant role in the way they shaped the politics,” he said.

A severe drought that afflicted large parts of the country from 2007 eased in 2010, in a stroke changing the mindset of the general public.

“It rained. Those weather circumstances which had driven so much support disappeared,” he said.

He added: “I don’t think it gets more challenging than trying to implement a change in relative prices in an economy which has the highest emissions per capita in the whole world.”