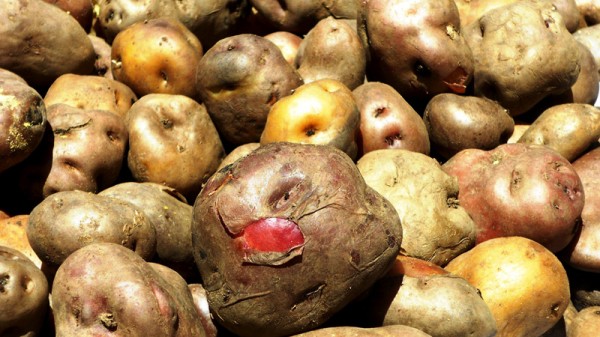 Potatoes are the staple food crop in the high Andes (Pic: Fabiola Ortiz)

A silent threat has emerged on the last twenty years in the Sacred Valley of the Incas, 3,000 meters high above the sea level on the Andean plateau.

The rise of temperature in the remote part of the country has endangered the survival of over 2,000 Quechua indigenous families who have been traditionally growing potatoes for centuries.

Abrupt climate variation and shortage of rainfall patterns over the last three decades are the core of this change.

In December 2014, Peru hosted the UN climate talks, COP20. For two weeks the world’s specialists, activists, civil society and international leaders and negotiators gathered to discuss ways of tackling climate change and to reach a draft for Paris this year.

Meanwhile  in the Sacred Valley of the Incas, the Quechua “potato guardians” – Papa Arariwa – assembled to report about how high temperatures and scarce rainfall regime have directly affected their crops.

“Pachamama [Mother Earth] is nervous from what we are doing to her”, a fifty-year old Papa Arariwa named Mamani Huarka told RTCC. He lives in the Sacred Valley near a mountain range called Kinsa Cocha.

“Growing potatoes has everything to do with our life style, with our traditional food, culture and spirituality. Potatoes are sacred and we should treat them well as they are essential to our living. We thank to our Gods for safeguarding this region and the potatoes,” he said.

“We are being pushed further up the mountains and the cliffs to grow our potatoes. All the crops are moving up the hills due to the change of the temperatures. There shall be a time with no more space in the mountain to plant.” 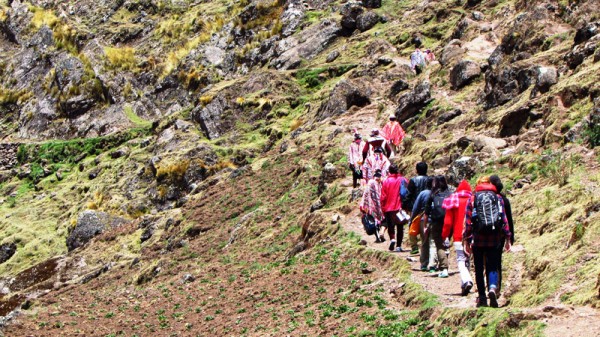 Before he goes trekking through the high and steep mountains, Huarka takes a few sips of coca tea to help with the altitude and murmurs a prayer asking for protection and blessing of the entities that live in the mountains – the Apus. He says that the real effects of climate change can be seen and felt there.

The Potato Park is a biocultural conservation unity located around 3,000 meters high and has 9,200 hectares of area in the Pisac district part of Cusco region. There are 6,000 indigenous people spread through five small villages – Amaru, Paru Paru, Pampallaqta, Sacaca and Chawaytire.

The creation of the Potato Park dates back from 1997 when an NGO called Andes Association promoted the conservation of the indigenous heritage regarding local rights, livelihoods and sustainable use of agrobiodiversity.

The huge number of 1,400 varieties of native potatoes are being grown in the Sacred Valley –  one of the world’s major food crops that has been protected for centuries by the deeply rooted local food systems maintained by the Quechua communities.

The Potato Park represents a new model of protected area in the Andes that allies sustainable management of the landscape, cultural heritage and indigenous cosmovision. With the help of Andes Association, the Park is run by the Quechua communities without the interference of local government.

“The Potato Park designed a pioneer model of a protected area without being dependant on public resources and is managed by local indigenous communities. The Park has already been recognized by the Peruvian government and was awarded several times from conciliating food security, traditional knowledge and biodiversity”, said Alejandro Argumedo, director of Andes Association. 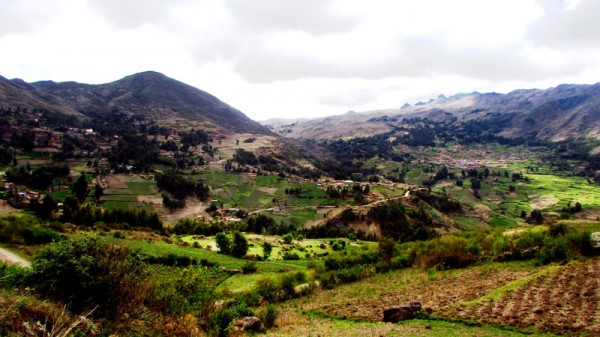 The Potato Park was developed to sustain the 1,400 varieties of potato native to the region (Pic: Fabiola Ortiz)

However potatoes that used to be grown 3,200 meters high in the past are now growing only above the mark of 4,000 meters up in the mountains that are no higher than 4,500 meters. The Quechua people make an appeal for their survival.

“Nature used to tell us the best time of the year to work on the land but now forests are confused and are not talking to us anymore. We are losing our natural references from plants and animals. We need help to adapt to those new weather conditions that we are facing,” said Huarka.

Without really understanding what climate change is and possible consequences, this new expression is on the tip of the Quechua’s tongue. They are having to deal with a different time for their food production.

“I keep wondering what would be my family’s future and how life would be from now on. Will we be able to grow our food in the future?” asks Huarka.

The agronomist René Gómez, who represents the gene bank of the International Potato Center, estimates that in 40 years there will be nowhere to grow potatoes. This could be the end of the Potato Park and the food sovereignty of this ancient crop and conservation of Andean biodiversity.

“For the tubers to keep their nutritional properties they need a cold temperature. The native potatoes require temperatures between 4° and 8°C, some reach up to 12°C,” said Gomez.

But some action has been taken to help the indigenous communities settled in the Sacred Valley to survive. According to Gomez, the only way out to adapt and overcome scarcity is based on scientific research. The answer is in the genes.

“We’ve identified at least 11 different crops resistant to very dry conditions (of up to 200 mm a year), as well as high temperatures and heladas, periods of sudden drop in temperature that freeze crops and usually happen after long days of dry,” he explained.