Is global warming real? US Senate could decide on Friday 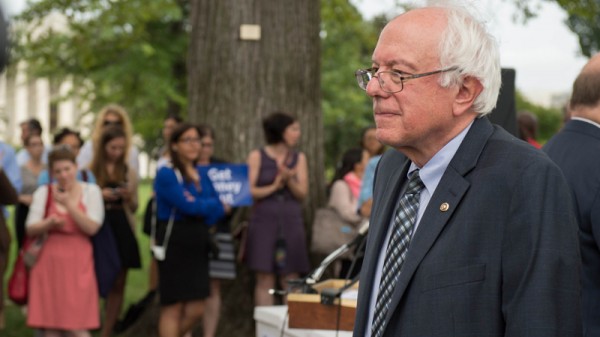 The US Senate is set to reveal whether it accepts the scientific consensus on climate change later this week.

Independent US senator Bernie Sanders has proposed Senators make the decision during a debate over the future of the Keystone XL oil pipeline, scheduled for Friday.

It also suggests the Senate agree that only “a brief window of opportunity exists before the United States and the entire planet suffer irreparable harm”.

Earlier this week Senate majority leader Mitch McConnell, a Republican, said he would accept amendments to the Keystone bill, clearing the way for Sanders’ intervention.

In a statement sent to reporters Sanders, a veteran climate campaigner at Congress, said it was time the “American people” found out if lawmakers listened to scientists.

“On this issue, the scientists have been virtually unanimous in saying that climate change is real, it is caused by human action, it is already causing devastating problems which will only get worse in the future and that we need to transform our energy system away from fossil fuel,” he said.

“Do members of Congress believe the scientists or not?”

Last year the Intergovernmental Panel on Climate Change, the world’s top authority on global warming, said evidence that humans were warming the Earth was “unequivocal”.

A synthesis report based on the IPCC’s Fifth Annual Assessment on latest climate science said greenhouse gas emissions were causing glaciers to melt, sea levels to rise and predicted an increase in floods and droughts if warming trends continued.

Earlier this month the Japanese Meteorological Agency said its data suggested 2014 was the warmest year on record.

A similar conclusion is expected from two US federal agencies, the National Oceanic and Atmospheric Administration and NASA when they present temperature findings on Friday.

Sanders’ intervention comes at a critical time for US climate policy, and just over a week before the president will address the nation in his annual State of the Union speech, where he is expected to unveil more carbon cutting plans.

President Barack Obama will set out new proposals to tackle emissions of methane – a powerful warming gas – from the oil and gas sectors.

Republicans in Congress are pushing hard for the White House to authorise the construction of the Keystone pipeline.

The White House has already said Obama will veto that bill, as it “seeks to circumvent” processes to make sure it is in the national interest.

The oil from Canada’s tar sands which Keystone would transport to the Gulf Coast is over 80 times more carbon intensive to produce than traditional crude.

Oil from tar sands is also more expensive to extract. With crude oil prices tumbling, the economic case for Keystone is coming under greater scrutiny.

Environmental campaigners say the future of the pipeline is a litmus test of Obama’s commitment to tackle climate change, in a year the UN is planning to sign off a global deal to cut emissions.