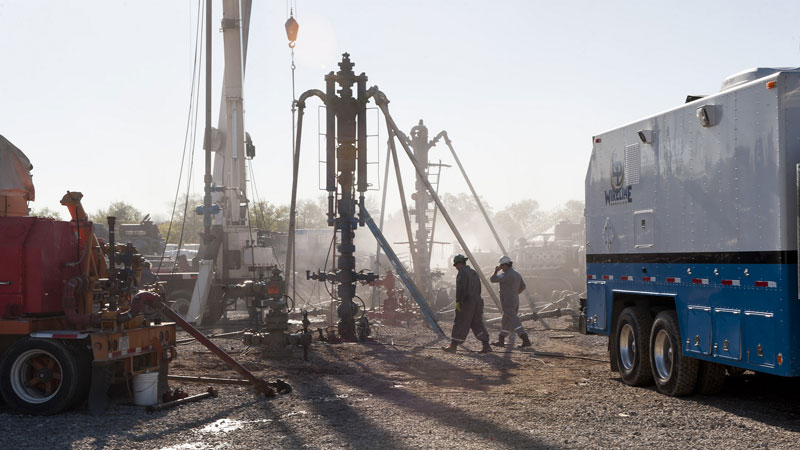 The White House is set to unveil a new package of measures that will crack down on methane emissions from the oil and gas industry.

A new attack on the powerful greenhouse gas was promised in March 2014, but has been subject to delays. A spokesperson for the US Environmental Protection Agency, which is responsible for the regulations, told RTCC they are due any day now.

Methane is more than 20 times as potent as carbon dioxide when it comes to warming the atmosphere and makes up 9% of US greenhouse gas emissions. Unlike emissions from vehicles and coal power plants it is not yet regulated by the US government.

The oil and gas industry is responsible for around 29% of US methane emissions, which leak from inefficient equipment.

Any new methane regulations from the EPA will have to be completed by the end of 2016, according to the White House’s methane strategy, which was released in March last year setting out a work plan on how the administration would approach the problem.

“The only open question is how broad will they be in mandating deep methane cuts across oil and gas operations on private and public land,” Jake Schmidt, director of the International Program at the Natural Resources Defense Council, told RTCC.

The Agency already has a number of voluntary programmes aimed at reducing methane emissions.

While some industry players are reluctant to bend to new regulations, it makes economic sense to address the leakages, says Mark Brownstein, chief counsel at the Environmental Defense Fund.

“That is compelling even to those Americans for whom the environment isn’t their first priority and I think the industry is on the losing side of common sense here.”

A report by ICF International, commissioned by the EDF, found that cutting methane emissions by 40% below projected 2018 levels would cost less than U$0.01 for each 1,000 cubic feet of natural gas.

That means they should attract less hostility from industry than proposed curbs on coal-fired power plants, said Brownstein

These new methane regulations will be announced ahead of Barack Obama’s State of the Union address, which the president will make on the 20 January.

According to presidential advisor John Podesta, his speech will include a section on fighting global warming.

Obama’s focus on climate change has intensified during his second term. His recent threat to veto any new bill to approve the Keystone XL Pipeline was hailed as a victory for activists opposed to its construction.