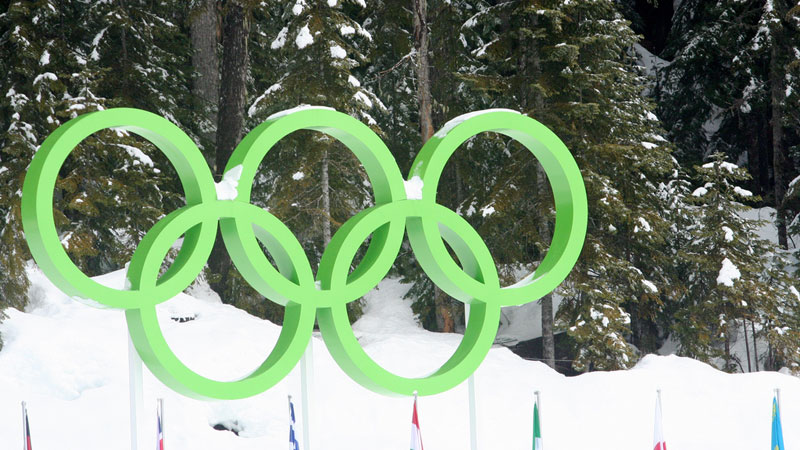 The Winter Olympics in 2022 will be carbon neutral if China wins its bid to host them in the snowy mountainous regions of Yanqing and Zhangjiakou.

Kazakhstan, Beijing’s only rival to the title of Olympic host, has also pledged to compensate for all emissions generated by the games.

These promises appear in the countries’ applications to the International Olympic Committee, submitted this month, where they describe their vision and the logistics behind the Winter Games.

“It is the solemn pledge of the Chinese governments at all levels that an environment of better quality shall be provided for the people and the Olympic Winter Games,” reads the Beijing submission, promising to integrate sustainable development into its planning.

It is not the first time that organisers have aspired to such a goal. Since the 2002 games in Salt Lake City, offsets have been used to neutralise the carbon impacts of the Winter Games. Both China and Kazakhstan say they will use the same approach.

These will have to compensate for the carbon emissions of building and running numerous stadiums, housing the athletes and the emissions from the flights that will carry spectators from around the world to watch the sport.

“To this end, efforts will be made to establish Beijing as a national carbon trading centre around 2020,” says the Chinese application, while Kazakhstan says it will make use of the UN’s international carbon market, the Clean Development Mechanism.

Both governments have yet to flesh out their plans with details; but a carbon neutral winter games is a show that China is capable of staging, says Li Shuo, senior climate and energy policy officer at Greenpeace East Asia.

“They already have some practise from 2008 [Beijing Olympics] in going low carbon,” he told RTCC. “But for the Winter Olympics, if they’re going to go carbon neutral, they would definitely have to apply a lot of offsets.”

For China, this means more forests. The government has said it will set up a Beijing 2022 carbon emissions compensation mechanism that will be based on planting more forests, which store and absorb carbon dioxide from the atmosphere.

In its bid to the International Olympic Committee (IOC), it mentions plans for an “eco-clean valley and forest belts” around the Guanting and Baihebu Reservoirs and the development of an ecological corridor in Beijing and Hebei. In the ‘Games Zones’, 70,000 hectares of forests will be created.

Kazakhstan promises it will compensate for the vast emissions of the Olympic Games by “making investments in reforestation projects, energy efficiency systems and the use of renewable energy resources”.

Simon Lewis from Team Planet, a sports and sustainability consultancy, said that offsets could be a “red herring” which prevents organisers reducing the actual carbon footprint of the event and protecting the pristine environments in which they take place.

“My concern is that everyone is rushing to their chequebooks and going for the easy option, and it gives everything a nice green sheen, but I think not enough is being done by reducing the real climate impact of these games,” he told RTCC.

Russia also pledged that their 2014 games in Sochi would be carbon neutral, but damage inflicted on the local surroundings during the construction of the Olympic site was a scourge to both environmentalists and residents alike.

China has promised to minimise the onsite environmental impact of the games by using “advanced energy-saving and eco-friendly technologies”, while it has promised that electricity generated by solar and wind power for lighting, transport and venue operations. In Zhangjiakou, 540 clean energy buses will be added to the network.

Kazakhstan, meanwhile, promises to protect the ‘Mountain Zone’, where some of the sports will take place, through measures that will prevent soil erosion, landslides and the loss of natural habitats and diversity.

“Most competition venues, especially in the environmentally sensitive Mountain Zone, already exist. Therefore negative impacts related to construction induced by the Olympic Games will be minimal,” the country adds in its bid. In China, on the other hand, concerns have been raised about the lack of winter sports facilities in the area.

With the snow in Sochi so thin on the ground that organisers were forced to stockpile supplies ahead of the games, the climates of the bidding cities are likely to face scrutiny.

Kazakhstan promised sights “snow-clad peaks” and maybe even snow leopards in its application, while a fact-finding mission to China by international sporting federations left experts satisfied that there would be enough snow for the sports to take place.

But in Beijing, where some of the events would be held, snowfall is already becoming unreliable.

In 2014, the city recorded its third longest winter stretch without snow – 107 days – on record. The second longest was in 2010, and the first in 1970. This year, snow arrived for the first time today, January 14, around three months behind schedule.

It is uncertain how far the climate will warm over the next seven years ahead of the 2022 Olympics. But with the period in which snow is certain to be on the ground becoming less reliable, the dates could be key.

Both Beijing and Almaty say they will hold the Olympics and the Paralympics from 4 February to 13 March. The ski season ends around early April.

This is complicated by a potential clash with the 2022 football World Cup in Doha, says Rob Walker, who commentated on the 2014 Sochi Olympics for the BBC.

The heat of a Qatari summer means that the tournament might be pushed back to the winter, potentially forcing a shift in timing for the Winter Olympics.

“If they shift those dates, do they come earlier and go December, or do they go even later and go into March? And if they go into March, with the Winter Olympics, they really are running into the issue of trying to do an event which requires snow after the end of a snow season,” he said.

Beijing has promised that its noxious air pollution will be brought down to World Health Organisation standards in time for the Winter Olympics in 2022.

For residents who have to breathe the hazardous air, it is one of the main reasons they are backing the Olympic bid. During Beijing’s 2008 Summer Olympics, air pollution in the city was brought down to 88 – more than the WHO’s safe standard of 50, but an improvements on the usual readings of 300+. 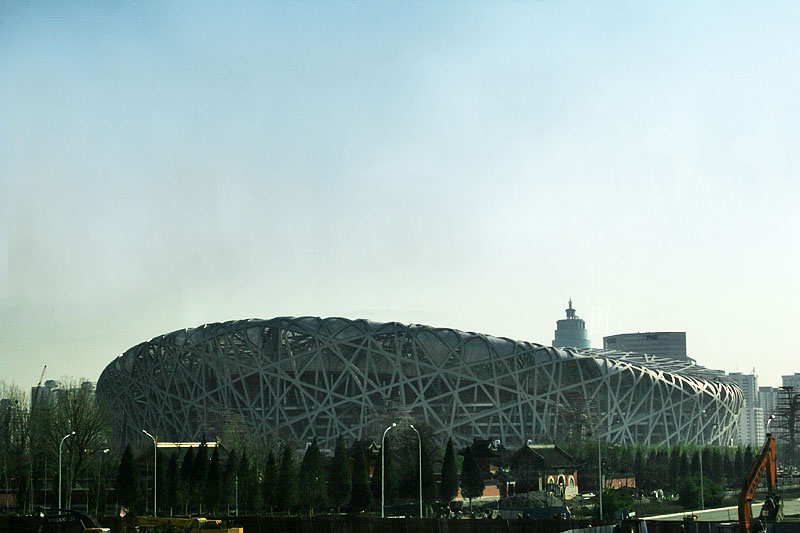 China has said it will reuse some of the venues from the 2008 Summer Olympics in 2022 (Pic: Noel back in Zurich/Flickr)

“We live here in the dirty air and no one likes that at all. We hope for faster action to improve the air pollution, so I see the Olympics as a major driver,” says Changhua Wu, Greater China director of The Climate Group.

To this end, Beijing will spend US$130 billion by 2017 on its Clean Air Action Plan. This involves reducing coal, cutting vehicle emissions and phasing out high carbon businesses.

But this is not a new plan, and as it stands it will not bring air pollution down to WHO standards until 2031, according to Greenpeace, unless there are also strong efforts to reduce coal consumption in the neighbouring regions of Shandong and Hebei.

The success of the 2008 Summer Olympics depended on ad hoc measures including taking millions of cars off the road and shutting down hundreds of factories.

And the challenge becomes tougher in the winter, when the pollution in Beijing is at its worse.

This raises questions of just how long term the air pollution benefits to Beijing residents would be, says Greenpeace’s Li.

“If Beijing received the opportunity, I feel they will apply some ad hoc measures as they did in 2008, but I think the question to be asked is whether this will be sustainable.”

Beijing promises that the Olympics would leave the country with a green legacy, and that this would go beyond cleaner air.

The government has promised to launch an action plan on World Environment Day (5 June 2015) called “Green Olympics, Green Homeland”, which it says will enhance the public’s environmental awareness and promote a green lifestyle.

For Kazakhstan, creating an Olympic district in the underdeveloped eastern past of Almaty will “serve as a showcase in sustainable urban development for the entire region”.

The winner will have seven years to prepare. For Beijing or Almaty, it is an opportunity to build a microcosm of what could be happening across the world: green, carbon neutral developments that when winter comes are covered in snow.