Allowances traded at US$7-8 a tonne, a similar price to Europe’s emissions trading system 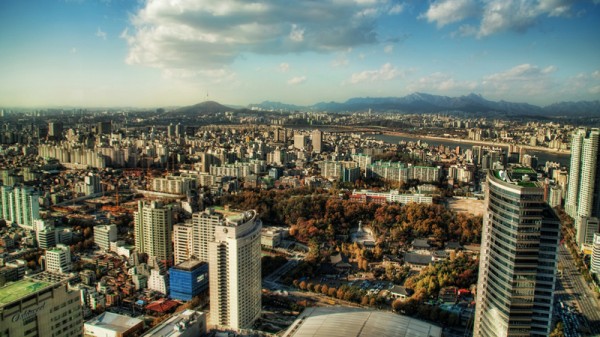 Second in size only to Europe’s, the carbon market forms part of South Korea’s strategy to cut emissions 30% in 2020, compared to business as usual.

The first permits changed hands on the Korea Exchange at US$7-8 a tonne on Monday, similar to the European price.

South Korea has capped total emissions under the scheme at 1.7 billion tonnes over the next three years.

It covers more than 500 companies including airlines, manufacturers and power generators, estimated to produce around 60% of the country’s emissions.

Each company gets a free greenhouse gas emissions allowance. If a company wants to emit more than that allowance, it must buy extra permits from another that has managed to use less.

Forrister said: “Markets continue to offer the most flexibility and lowest-cost solutions for reducing emissions, which is why we have seen governments from the EU to California to China adopt market mechanisms as the policy tool of choice.”

China, which has seven regional emissions trading pilots, is set to introduce a national carbon market from 2016 as part of its next five-year plan.

When fully developed, China’s market will dwarf the other schemes around the world.

IETA is pushing for an endorsement of market mechanisms in the UN’s global climate deal set to be signed in Paris this December.

IETA’s director of international policy Jeff Swartz said such a deal could smooth the path for links between carbon markets. For example, California and Quebec held a joint auction last November.

“This would allow governments like Korea to be more ambitious in the level of emissions reductions sought while lowering costs for business,” he said.

UK climate envoy Sir David King has said more links could also help reassure European industries concerned about “carbon leakage”. That is the danger they will lose out to foreign competitors who face lower carbon costs.

But Forrister told RTCC that, at the last UN climate talks in Lima, technical discussions “ground to a halt” due to a lack of political leadership.

Some countries, mainly in Latin America, are resistant to market mechanisms and argue all emissions cuts should be delivered inside national borders.