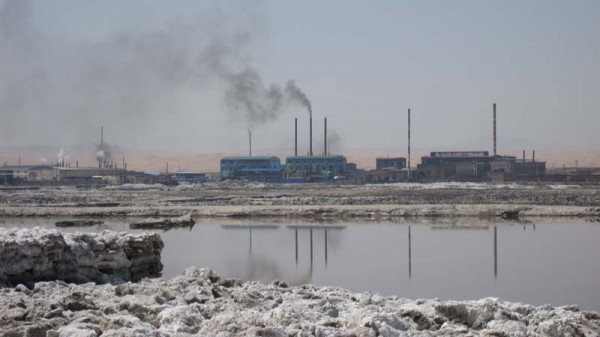 Carbon trading in China could almost double in 2015, analysts say, as more companies come up against curbs on climate pollution.

It is the first year all seven regional carbon market pilots, designed to make polluters pay, are up and running.

Some 24 million tonnes of carbon dioxide equivalent were traded under these schemes in 2014, according to Thomson Reuters, with a value of €123 million. That will rise to 40 Mt in 2015, the research agency forecasts.

“Historically, Chinese companies did not have to report on carbon emissions,” analyst Hongliang Chai told RTCC.

“Now, around 2,000 companies need to report their carbon emissions on an annual basis, so it is something they have to take seriously.”

In principle, it enables the private sector to cut emissions where it is cheapest to do so. A factory that continues to pump out greenhouse gases must buy extra permits from a more efficient operator, either directly or through an exchange.

Beijing is preparing to launch a national carbon market in 2016 as part of its next 5-year plan.

If realised, it will overtake Europe’s emissions trading system (ETS) as the world’s largest carbon market.

Outline rules last month revealed a bottom-up approach. Beijing will set a cap on emissions for each province, then devolve responsibility for distributing permits to provincial authorities.

Each of the seven pilot schemes is designed differently, with the carbon price ranging from €3 to €7 a tonne.

While the pilots “show much promise”, Chai said it would be “optimistic” to expect the national scheme to cover all of China from the outset.

A gradual joining up of regional schemes was more likely, he suggested.

South Korea, which launched an ETS on 1 January, is expected to trade 70 Mt over the year, worth €360 million.

In North America, the Western Climate Initiative has expanded to cover emissions from transport fuel and natural gas.

That growth offset a decline in trading in the northeastern states’ Regional Greenhouse Gas Initiative, which tightened its emissions cap.

Trading activity in Europe’s ETS declined slightly in 2014, as a result of a measure to reduce an oversupply of allowances.

That measure, to delay the release of permits, boosted the chronically depressed carbon price to €7/t in December.