California university was the wealthiest to cut ties with coal companies last May; 295 academics want oil and gas to go next 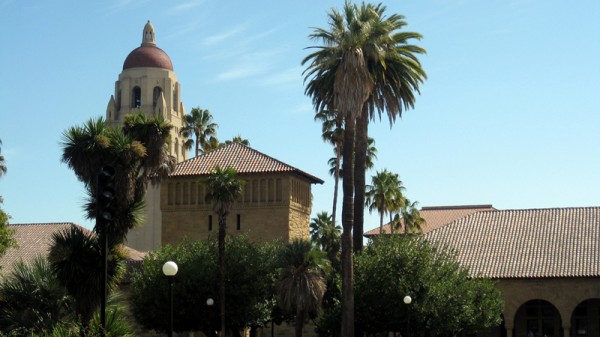 Stanford University announced last May it would divest its US$18.7 billion endowment fund from coal companies.

On Sunday, 295 professors at the Californian university are urging its president to go a step further and pull investment from all fossil fuel companies.

Anything less destroys the future of the young people Stanford is trying to educate, they argued in a letter to president John Hennessy and the board of trustees.

“The urgency and magnitude of climate change call not for partial solutions, however admirable,” wrote the professors; “they demand the more profound and thorough commitment embodied in divestment from all fossil-fuel companies.”

A study last week from University College London showed more than 80% of coal, half of gas and a third of oil reserves must stay in the ground to avoid dangerous climate change.

Investing in fossil fuel companies encouraged them to continue exploiting coal, oil and gas whatever the consequences, argued the Stanford faculty members.

They quoted a Harvard professor, James Engell: “The fossil fuel companies are decent investments only under two assumptions: first, the oil and gas and coal they own in the ground shall be sold and burned.

“Second, they shall continue to find more oil and gas and coal and shall sell that to be burned, too.

“Any investor in them must want this to happen, and any investor is putting up money to make this happen with all deliberate speed.”

A growing number of students are putting pressure on universities to divest, but they face resistance.

At UCL, leading research into “unburnable carbon” has not translated into moves to divest its own funds.

At Harvard, seven students are suing the university over the issue, while president Drew Faust argues divestment could jeopardise the US$32 billion endowment’s financial performance.

When Glasgow became the first UK university to commit to fossil fuel divestment, six engineering and geology professors complained it would hurt their funding.

“We have a bunch of liberal arts graduates deciding that they know how the ethics of the energy sector works better than we do,” energy engineering professor Paul Younger told the Times.

By contrast, the Stanford letter is backed by economists, earth scientists and engineering experts alongside arts specialists.

These include Mark Jacobson, known for his research into the feasibility of 100% clean energy generation in the US.

“In working with our students we encourage the clarity necessary to confront complex realities and the drive to carry projects through to completion,” they wrote.

“For Stanford’s investment policies to be congruent with the clarity and drive in its classrooms, the university must divest from all fossil fuel companies.”

Michael Penuelas, faculty liaison for Fossil Free Stanford, hailed the move. “When university faculty get this organised, you know something momentous is happening,” he said.