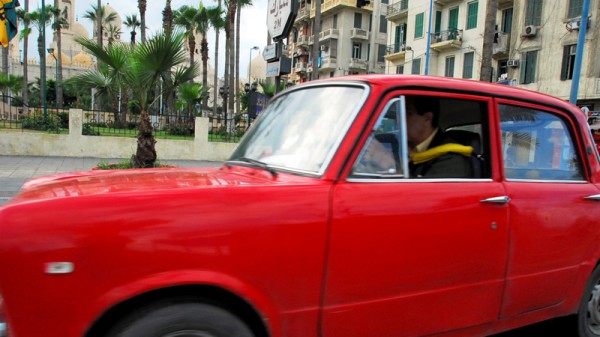 Egypt has hiked fuel prices for motorists in an effort to cut its budget deficit
(Pic: Flickr/Tinou Bao)

As oil prices this week fell to five-year lows of US$50 a barrel, leading economists ramped up calls to slash fossil fuel subsidies.

Egypt is one country with a subsidy phase-out plan that is benefitting from the lower price.

That is 30% less than originally forecast, as lower commodity prices reduce the subsidy needed to guarantee regulated consumer prices.

The government launched a five-year plan to eliminate subsidies on petrol, gas and electricity in July 2014, before the oil price tanked.

Such subsidies are increasingly acknowledged to encourage wasteful energy use and hamper efforts to tackle climate change.

Driven more by economic necessity than environmental concern, Egypt raised fuel prices by up to 78% last year and plans to eliminate subsidies altogether in 2019.

Fossil fuel subsidies had grown to 11% of GDP in 2013, according to the International Energy Agency (IEA), absorbing seven times as much public money as healthcare.

That was comparable to the size of the country’s budget deficit, which the government is trying to close.

“Last year, because of the severe economic situation, the government decided it was a reality  that had to be faced, even though they knew that people would not be happy.”

The oil price crash has relieved some of the pressure on that budget.

Baraka, a communications manager for campaign group 350.org, said it was a chance for Egypt to build a future on clean energy.

This week, the World Bank urged all oil-importing countries to eliminate fuel subsidies while prices are low.

It echoed IEA chief Maria van der Hoeven’s message to policymakers last month. This is a “golden opportunity” to price up carbon, she said.

Some 40 countries continue to subsidise fossil fuels, the IEA found in its 2014 World Energy Outlook.

Iran was the heaviest subsidiser of fossil fuels in 2013, pouring US$80 billion into the sector, or 23% of GDP.

But the IEA highlighted some “important steps” to reduce subsidies in recent years.